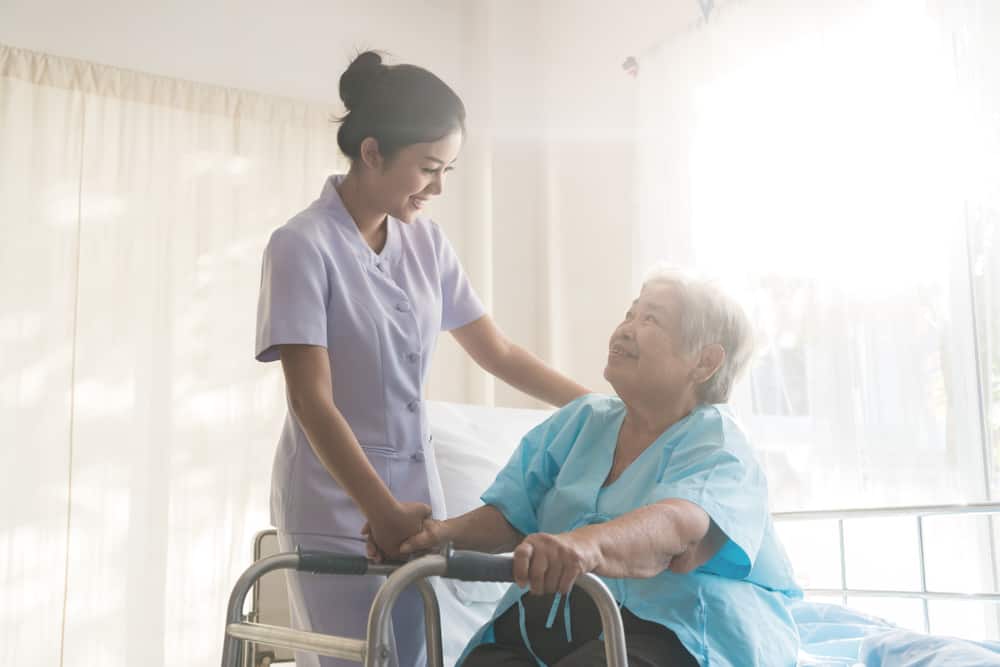 As we age, different parts of our bodies deteriorate. One of these is our brain. Natural effects of aging manifest in slowed thinking and memory loss. However, some people develop serious deterioration because of certain illnesses including Alzheimer’s Disease. To better understand this condition, here is a discussion of Alzheimer’s disease causes, stages, and symptoms.

What is Alzheimer’s Disease?

Alzheimer’s disease is the most common cause of dementia, which is a serious decline in mental abilities like thinking, remembering, and reasoning.

The name comes from Dr. Alois Alzheimer who discovered in 1906 abnormal clumps and tangled fibers in the brain tissue of a woman who died of mental illness. The woman exhibited memory loss, language problems, and atypical behavior before her death. This discovery became the foundation for later research on this condition.

Later studies showed that the nerve cells or neurons, which transmit messages across the brain and from the brain to the rest of the body, lose their connections. Further, the initial damage seems to be concentrated in the hippocampus and the entorhinal cortex, which are the parts of the brain that control memories.

Despite research conducted since 1906, experts have still not discovered the exact cause of Alzheimer’s Disease. They, however, believe that it develops from multiple causes. They have also discovered certain factors that increase the risk of developing the condition including:

Alzheimer’s disease commonly affects people over the age of 65. The Philippines’ National Mental Health Program does not have official data on the exact number of Filipinos with this disease. However, according to 2016 regional statistics, Alzheimer’s disease was the cause of 411 deaths.

Scientists have discovered that Alzheimer’s genes are present in both risk genes (a genetic predisposition to have a higher risk of acquiring a disease) and deterministic genes (genes that cause disease). So, having a family member with Alzheimer’s Disease increases your risk of getting the condition.

Research has shown a strong relationship between a diseased heart and a diseased brain. Since the brain has a large network of blood vessels, it needs a strong heart to keep pumping blood to its neurons. Depression is also considered both as one of Alzheimer’s disease causes and symptoms.

Experts believe that the disease affects the brain a decade or more before the initial symptoms appear. Although the patient may not show any symptoms at all, damaging changes are already taking place in the brain as abnormal deposits of proteins cause clumps and tangles to form in the brain and kill the neurons.

When a significant number of neurons die and parts of the brain shrink, the symptoms start showing. Brain tissues significantly shrink by the final stage of the disease.

The Alzheimer’s Organization has listed these 10 signs and symptoms of the disease to watch out for:

Although people experience momentary memory lapses, serious memory loss that disrupts a person’s life is a cause for concern. Specific examples are

A patient may experience problems with working on plans, numbers, and other tasks that need reasoning abilities. These include having trouble keeping track of finances and household bills, making a grocery list, or the rules of a favorite game.

A person with the disease finds it hard to concentrate and has trouble completing daily or familiar tasks such as driving or using the microwave settings.

A patient could lose track of dates or even seasons and may even be confused about where they are and how they managed to get there.

Some patients may develop vision problems. They may start having trouble reading, determining color, or judging distance. This can be related to issues with completing tasks. For example, driving would be difficult if a person can’t distinguish the color of the stoplights.

A patient may have trouble following conversations or stop in the middle of a sentence because of difficulty in remembering the words they want to use. This sign may also involve trouble naming familiar objects or using the wrong words when talking about familiar objects. For example, calling a watch a hand clock.

Forgetfulness is a significant sign of the disease. A person with Alzheimer’s Disease may misplace things because they forget where they put these down and can’t retrace their steps. In more severe cases, a patient may accuse other people of stealing these misplaced items.

People may make bad decisions once in a while, but a person with the disease will keep exhibiting poor judgment. For example, the patient may stop bathing or play with a dangerous animal.

With increasing and worsening symptoms, a patient may withdraw from social activities and other social pursuits like hobbies because they can no longer enjoy these like before. or because of the aforementioned signs and symptoms that make dealing with others difficult and cause them to prefer avoiding social gatherings.

A patient may exhibit rapid changes in moods or personality, jumping from confused to suspicious or from depressed to anxious in a matter of moments. Some may become easily upset or excitable when taken out of their comfort zone.

Alzheimer’s Disease is a complicated condition that contains a lot of medical mysteries. What experts do know is that it is a progressive disease that worsens over time. If you or your loved one exhibits the signs and symptoms of the disease, consult a doctor. Knowing Alzheimer’s disease causes and early detection of the condition are very important to delay the worsening of the condition.

Freedom of Information (2019). Dementia in the Philippines. https://www.foi.gov.ph/requests/aglzfmVmb2ktcGhyHQsSB0NvbnRlbnQiEERPSC0xMTk1NjQ5MjgwMjAM, Accessed Dec 15, 2020

What are the Early Signs of Dementia? Watch Out for These Symptoms