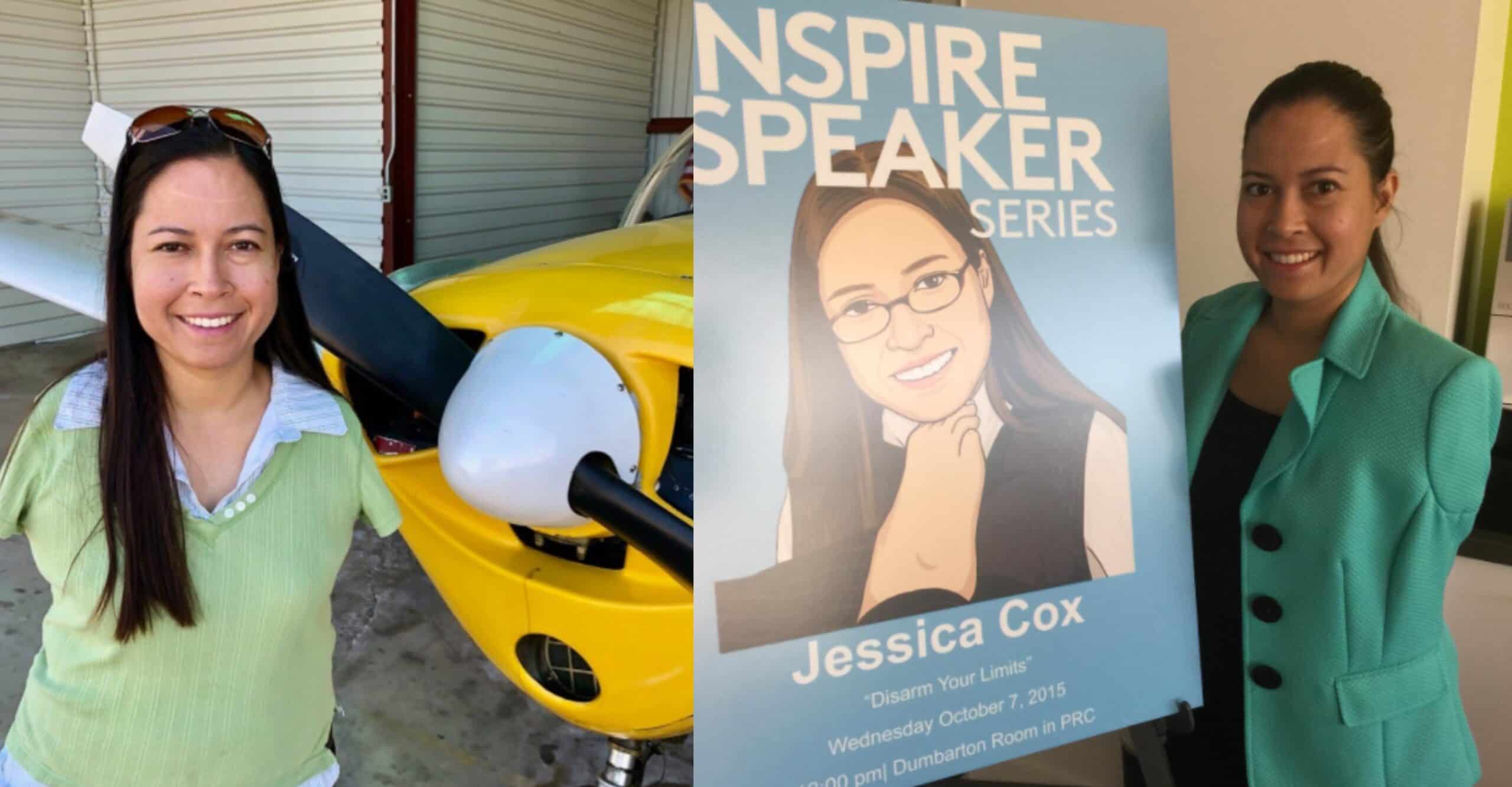 Filipino-American Jessica Cox is limitless. Not only does she give inspiring talks to people, but she’s also a Taekwondo black belter and talented pianist. On top of that, Jessica is also a licensed driver, scuba diver, and an aircraft pilot. What’s even more amazing is that this limitless woman achieves all of this without arms due to a rare birth defect called Phocomelia syndrome.

Daughter to Inez and William Clinton Cox, Jessica was born with Phocomelia syndrome on February 2, 1983.

At home, her family showered her with love and tried to give her a “normal” childhood. Normal, however, proved difficult once she spent more time outside as it became obvious that she was different. Jessica recalled how people would look at her and ask questions.

She also reminisced on how she would ask her mother, “Why did God make me this way?” To which her mom replied, “Be patient, Jessica. You’ll never know what God has planned.”

Jessica did wear prosthetic arms for her Phocomelia syndrome. To a degree, she said they helped her blend in when she covered them with a sweater or jacket.

But the prosthetic arms were heavy and awkward, and that she was more comfortable in using her legs and feet. So, after 11 years of having prosthetics, Jessica started embracing her wholeness.

At 14, she remembered walking without them during the first day of 8th grade. “It was the best decision I ever made.”

After taking up Psychology and graduating from the University of Arizona, Jessica became a motivational speaker and even got her driving license.

And then she decided to conquer yet another dream (which she also feared): flying. For 3 years, she trained to become a pilot. How the authorities would acknowledge her ability loomed over her, but she persevered and eventually got her license.

Three years later, the Guinness World Records acknowledged her as the first armless pilot who can safely fly and land a plane with her feet. “It seems impossible until it’s done,” Jessica said. And a year later, she married Patrick Chamberlaine. The two are happily married for a decade now.

As mentioned earlier, Phocomelia syndrome is a rare birth defect; it can affect one or both of the upper or lower limbs.

In many cases, a baby with Phocomelia syndrome has very short or missing bones for the limbs. Some babies also have hands or feet directly attached to the trunk.

What exactly causes a baby to be born without arms or legs? To this day, reports say the cause of Phocomelia syndrome is not well understood.

It could be an inherited condition based on genetic problems. Likewise, it’s also linked to the intake of thalidomide, a type of sedative drug widely prescribed during the 1950s and early 1960s to pregnant women to ease their morning sickness.

When a child presents with Phocomelia syndrome, the priority is to identify and treat associated abnormalities, particularly in the heart and intestines.

There’s no cure for Phocomelia syndrome. However, advancements in the field of medicine offer solutions, like prosthesis and surgery for any related deformation.

When applicable, doctors also recommend physical, occupational, and speech therapy. That way, the child can have the knowledge and skills to function at a higher level.

Finally, mental counseling should be considered for the child and her carers.

There’s no doubt that having Phocomelia syndrome poses some challenges, not just physically, but also emotionally and mentally. But, if there’s one thing Jessica Cox showed us, it’s that being differently abled doesn’t mean you have a decreased ability to pursue your dreams and passion.

In an interview, Jessica left us this message: “For all those who have been inspired by my story, I hope you can go out, and continue to follow your dreams.”

Thalidomide: the tragedy of birth defects and the effective treatment of disease, https://pubmed.ncbi.nlm.nih.gov/21507989/, Accessed Feb 28, 2022