Syphilis Caused by Bacteria: How Does Syphilis Spread? 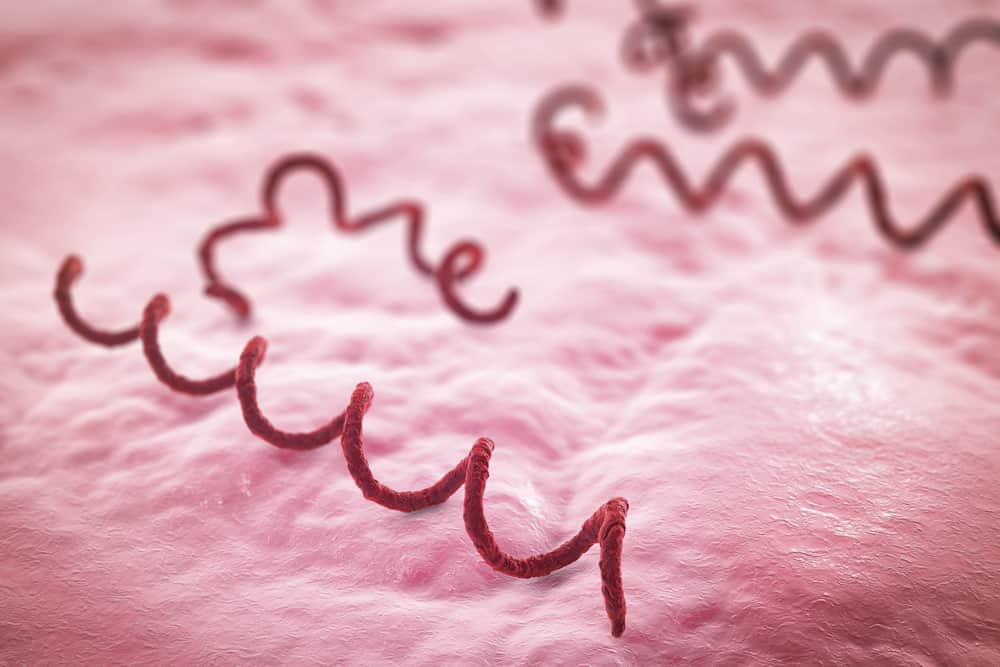 syphilisWhat is the cause of syphilis? Syphilis is caused by a bacteria called Treponema pallidum. It is transmitted via direct contact with an infectious lesion on a partner during sex. Contact with infected secretions with almost any tissue can lead to a primary infection. This includes kissing or touching a person with active lesions on the lips, breasts, or genitals. In pregnant mothers, the disease can spread to the fetus via the placenta.

Once infection occurs, it takes around 10 days to 3 months to manifest into a syphilis sore, and the infection may progress from there.

Why does syphilis spread more quickly in certain areas compared to others? Factors like inheritance, economic factors, and overall sexual practices play a part.

Here is a more in-depth look at the factors that may cause the spread of syphilis:

Spread of Syphilis Caused by Bacteria

Mothers who have syphilis during pregnancy and childbirth can pass the disease to their children. They may transmit the disease through either the placenta or highly infectious lesions in the vaginal area during vaginal childbirth. Syphilis caused by bacteria inherited from the mother is called congenital syphilis. This can cause many dangerous complications in the infants and if left untreated, even death.

Economic factors also come into play in the spread of syphilis.

For example, economic pressure may cause some women and men to turn to sex work without prior knowledge of safe sex practices. This may cause syphilis to spread because one person with syphilis may infect not only the sex worker, but also other partners.

Inadequate insurance and limited health care may also enable the spread of syphilis. Poverty may prevent access to inclusive and premium insurance packages. This means that if you do catch syphilis, you probably won’t be able to afford the treatment even with insurance coverage. This leads to many people foregoing treatment and suffering worsening conditions.

Low-income groups, who already have a higher STD infected population also have more limited access to contraceptives and other medicines. This means that low-income people will also have a higher amount of unprotected sex, and less treatment options. This has caused mass outbreaks of STDs in low-income areas and countries.

The correct usage of condoms may help lower the spread of syphilis and other STDs.

Syphilis is spread via direct sexual contact. However many other circumstances and factors are at play that ultimately lead to syphilis spreading.

ADDRESSING POVERTY AS RISK FOR DISEASE: RECOMMENDATIONS FROM CDC’S CONSULTATION ON MICROENTERPRISE AS HIV PREVENTION, https://www.ncbi.nlm.nih.gov/pmc/articles/PMC2099321/

THE NEGLECTED HEALTH AND ECONOMIC IMPACT OF STD, https://www.ncbi.nlm.nih.gov/books/NBK232938/

WHAT ARE THE SYMPTOMS OF SYPHILIS, https://www.plannedparenthood.org/learn/stds-hiv-safer-sex/syphilis/what-are-the-symptoms-of-syphilis

6 Types of Oral STDS to Watch Out For