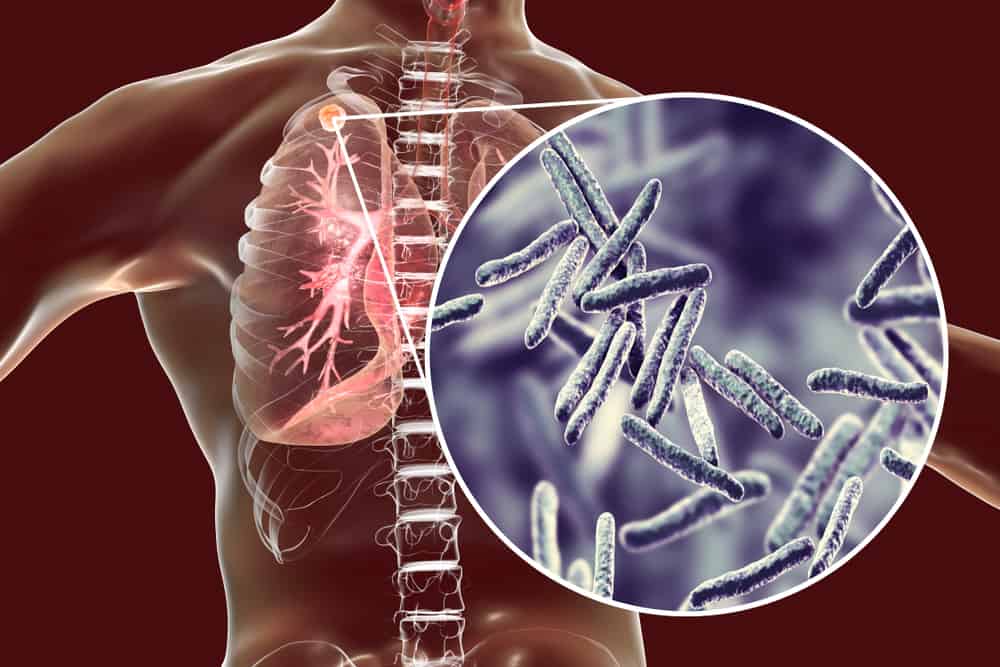 Every year, over 1.5 million people die because of tuberculosis. In 2018 alone, roughly 10 million people worldwide were diagnosed with this disease. Tuberculosis is also second only to HIV as the leading cause of deaths by an infection.

But what is tuberculosis, and why is it so infectious? How do people get infected, and what steps can people take in order to avoid being infected with this disease? Read on to find out.

Tuberculosis is a condition that is caused by a bacterial infection called Mycobacterium tuberculosis. This bacteria usually attack a person’s lungs, but in about one-third of those infected, it can spread to other parts of the body.

Tuberculosis can be active or inactive. If tuberculosis is active, this means that a person is suffering from the various symptoms of the disease. People with active tuberculosis can also spread the virus to other people.

Inactive or latent tuberculosis, on the other hand, means that a person has the disease, but it is inactive or dormant. What this means is that the person does not suffer from any of the symptoms, and is not capable of infecting other people.

However, if that person’s immune system becomes compromised, there is the possibility of tuberculosis being activated.

What is Pulmonary Tuberculosis?

You may have heard of what’s called primary or pulmonary tuberculosis. What is this condition? It’s when the bacteria that causes tuberculosis starts to infect a person’s lungs. It is usually the most common type of tuberculosis.

People who have primary tuberculosis slowly suffer from the damage that the disease is causing to their bodies. The bacteria start to multiply and cause damage to their lungs.

Eventually, the lungs get damaged to a point where they can no longer function, and this can cause death.

If tuberculosis is active in other parts of the body, then it’s referred to as extrapulmonary tuberculosis.

This type of tuberculosis is even dangerous since it can do even greater damage to a person’s body. This is why aside from knowing what is tuberculosis, it is also crucial to know what steps to take in order to avoid it, and how to cure it in case you get infected.

Signs and Symptoms of Tuberculosis

The symptoms of tuberculosis can vary depending on the severity of the infection. Additionally, for people with inactive tuberculosis, there aren’t any outward symptoms, but a skin test can be conducted in order to find out if a person is infected.

For cases where the bacteria has spread to other parts of the body, here are some other possible symptoms:

In some cases, especially in those of children with the disease, fever and cough are the most common symptoms. This is why it is important to get checked if you experience a persistent cough, or suffer from a fever frequently.

In terms of diagnosis, your doctor will usually take note of your symptoms, and possibly ask you to take a skin test to see if you test positive. An x-ray of your lungs might also be required, and a sample of your sputum or mucus might be needed to see if there is an infection.

Tuberculosis in the Philippines

In a number of developing countries, such as the Philippines, tuberculosis remains a big concern, despite it being a treatable condition.

According to the World Health Organization (WHO), about 1 million Filipinos have active tuberculosis. Additionally, the Philippines ranks third among the highest prevalence rates of TB in the world.

This is why it’s important to get yourself checked for TB if you feel that you might have contracted the disease. TB testing is also important for people who live with someone who has the disease, or for anyone that’s immunocompromised.

For a developing country such as the Philippines, the risk of transmission for TB is higher compared to an industrialized country like Canada, or the United States, for example.

This is mainly due to the fact that many people with active TB in the Philippines remain undiagnosed, or do not undergo treatment. This in turn can cause them to become carriers and potentially spread the virus.

Having HIV or any disease that causes the body to become immunocompromised is also a big risk factor for TB. People who have HIV should ideally get tested for TB since HIV greatly increases the risk of severe infection for tuberculosis.

Babies and children are also at risk of suffering from a severe infection since their immune systems aren’t as developed as adults. This means that their bodies will have a hard time fighting off the disease if they get infected.

Knowing how to prevent tuberculosis can greatly reduce a person’s chances of being infected with the disease.

The best way to prevent TB would be to avoid exposure to anyone with the virus. There also exists a vaccine for TB called Bacillus Calmette–Guérin or BCG, which is usually given to babies and children.

However, the vaccine is only 70-80% effective against TB. Despite this, it can greatly lower the chances of babies and children getting infected with tuberculosis.

You might be asking how to cure tuberculosis if you get infected. Thankfully, there are effective forms of treatment for TB.

Four types of drugs are usually used to treat tuberculosis. These are isoniazid, rifampin, pyrazinamide, and ethambutol. A person who has tuberculosis usually undergoes treatment for about six months, sometimes longer.

It is important to follow only the prescribed dosage and make sure to take the medicine at the right time. This helps to prevent the bacteria from becoming resistant to the treatment.

In cases wherein the bacteria does become resistant to the drugs used, stronger medicine would be required. These medicines usually have more side effects, and need to be taken for longer, about four years.

If you’re wondering about how to cure tuberculosis without medicine, there isn’t currently a known way to treat TB without the use of medicine.

The good thing is that if the TB is diagnosed early on, and the treatment is followed properly, TB can be cured without any problems. However, if the TB is not treated, or not diagnosed in the first place, the infected person might die within five years of infection.

Tuberculosis is a major health problem in the Philippines and a number of other developing countries. However, this does not have to be the case.

By knowing the symptoms, as well as what to do in order to lower the risk of contracting this disease, the number of patients suffering from this disease can be significantly reduced.

In case you do get infected with TB, it is important to make sure that you are following your doctor’s orders properly. TB can be cured, and the treatment against TB is highly effective, but only if it is done properly.

Chronic Cough: What You Need to Know