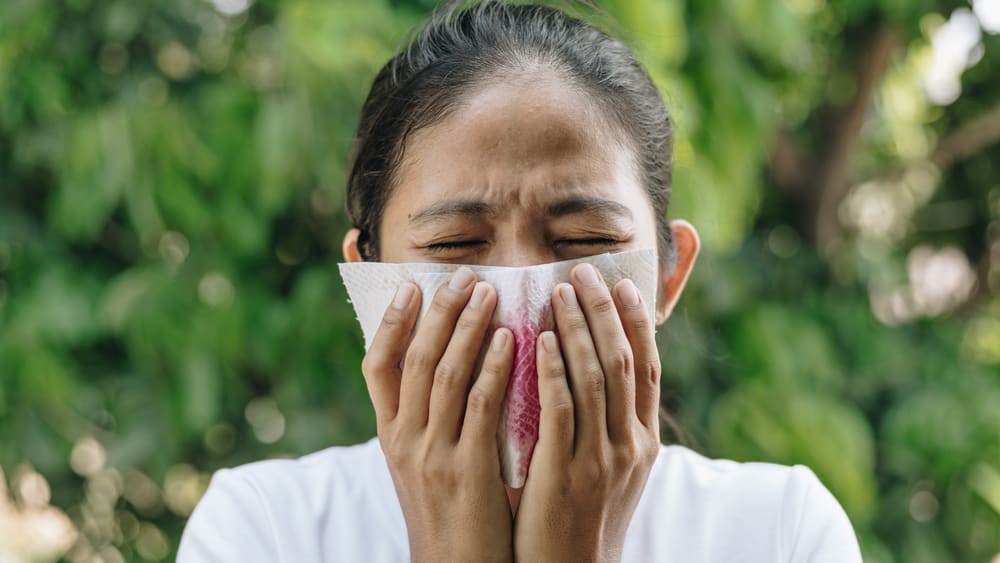 Pulmonary tuberculosis is a type of tuberculosis that is caused by a bacteria called Mycobacterium tuberculosis. It is contagious and easily transfers from one person to another. Infection can occur when an infected person coughs, sneezes, laughs or sings and another person comes into contact with the air exhaled from these activities.

Pulmonary tuberculosis, often called pulmonary TB or just TB, can affect anyone of any age. The very young and the very old are at greatest risk, and often suffer the most.

During the early 20th century, pulmonary tuberculosis was one of the leading causes of death in the United States. However, this is no longer the case in the developed world as antibiotics are an effective cure. In the Philippines, around one million Filipinos have active tuberculosis, and every day more than 70 people die from the disease. TB is a curable disease, and it can even be eliminated, given the public and the private sector work towards this goal.

How Does Pulmonary Tuberculosis Spread?

It is important to note that tuberculosis is not spread through kissing or sharing spoons, forks, or mugs. It is only contagious when a person has been exposed to someone with an untreated and active form of tuberculosis for a long period of time. If that person has breathed in the mycobacterium tuberculosis then they can become infected.

Individuals with tuberculosis who are under medication can spread the mycobacterium germ until two weeks after the start of medication. Those who have latent tuberculosis, meanwhile, cannot spread the disease since the tuberculosis germ is not present in the phlegm. The germ needs to be present for it to become infectious.

The good news is that most people infected with this bacteria don’t develop the tuberculosis disease. They only have latent tuberculosis. If it does develop into active tuberculosis, the signs and symptoms of pulmonary tuberculosis can begin to show two to three months after infection or even years later. As time passes, the risk of the disease becoming active does lessen and, if detected early on, treatment can prevent the development of tuberculosis.

What Are the Signs and Symptoms of Active Tuberculosis?

Normally, the primary stage of tuberculosis does not have any visible symptoms.

When symptoms do occur, it normally includes the following signs:

If you have been coughing for more than three weeks and there is blood that comes with the coughing, this is a sign and symptom of pulmonary tuberculosis.

The reason that there is blood when you cough is because the blood vessels inside your lungs have eroded and have begun bleeding. This also means that the bacterium has started to multiply inside the body and is systematically destroying tissue. This is why you suffer from loss of energy, appetite, chest pain, sweating at night, and a persistent cough.

If you become infected, make sure that you get treated right away. You need to complete the prescribed medicine and drink it exactly as prescribed. If you stop taking the drugs before you are supposed to, you could become sick again. If you do not take the drugs properly, the tuberculosis bacteria can stay alive in your body and may become resistant to the medicine. A form of tuberculosis that is resistant to medicine becomes more difficult to treat.

Who is at Risk?

Tuberculosis can affect anyone. However, there are certain groups of people who may be at risk more than others such as the young and the elderly. These clusters of people need to be on the lookout for the signs and symptoms of pulmonary tuberculosis to protect themselves from infection.

People from countries where pulmonary tuberculosis is still considered common are at a higher risk of getting sick with tuberculosis. Industrialized nations have taken great strides in eliminating tuberculosis, but the disease persists in parts of the world such as the Carribean, Asia, Russia, Africa, Eastern Europe and most countries in Latin America.

Frontliners who work at places such as nursing homes, long-term care facilities, or homeless shelters are also at a higher risk of exposure.

Though it is still important to be on the lookout for the signs and symptoms of pulmonary tuberculosis, it is no longer considered a death sentence should you test positive for this illness. Tuberculosis is now a curable disease as long as you complete taking your medicines and follow your doctor’s orders.