Why Isn't My Baby Kicking? - Reasons for Decreased Fetal Movement 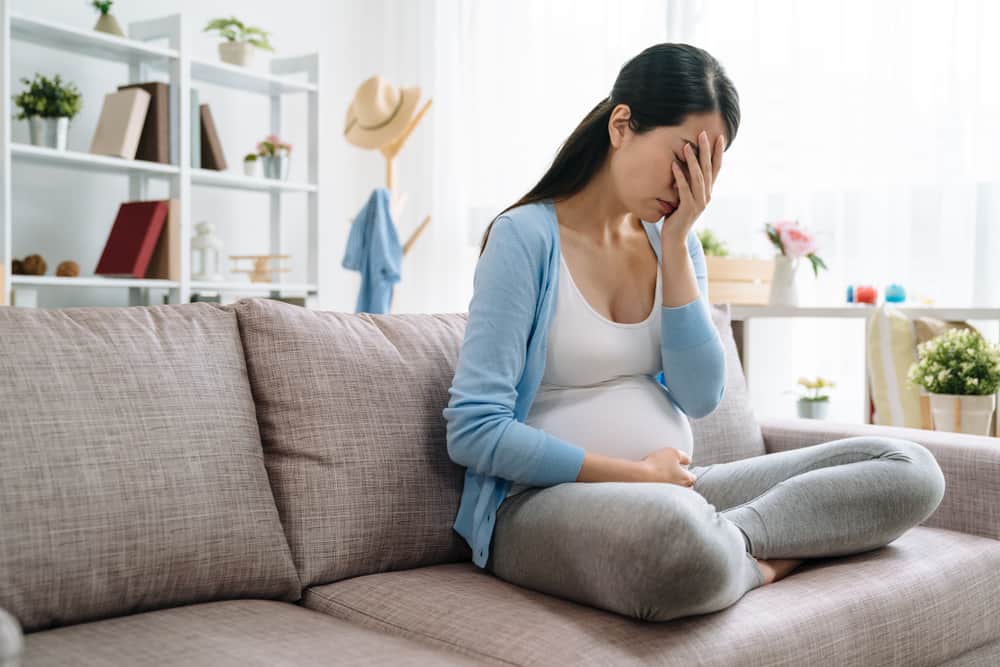 As the pregnancy progresses, a mother becomes more sensitive to her baby’s movements. The minute she feels that first-ever kick, she might expect her baby to move constantly. If the baby stops moving, any mother would worry. She may ask questions like why isn’t my baby kicking? Is there something wrong? In this article, we will discuss the reasons for decreased fetal movement (DFM).

When Should You Feel Your Baby Move?

We can’t jump into the discussion about the common reasons for decreased fetal movement (quickening) if we don’t discuss the soonest time when a mother feels her baby move.

The “soonest” time to feel fetal movements varies, and sometimes even depends on the number of pregnancies. According to experts, you can start feeling your baby’s kicks on the 18th-week mark.

Would You Only Feel Baby “Kicks?”

Sometimes, the reason why mothers feel that her baby is not moving is that she is expecting to feel actual “kicks.” The thing is, baby movements are not always about kicking.

At first, you will distinguish fetal movements as “fluttering,” sort of like having butterflies in your stomach. Along the way, you’ll also feel the kicking, rolling, and swishing. If your baby is active, he or she may even “tumble” in your womb!

The key is to consider all of your baby’s movements, except for hiccups as those are involuntary. Fetal hiccups are rhythmic pulsating or twitching feelings, similar to a muscle spasm.

10 Best Fruits to Eat When Pregnant

Is There a Normal Fetal Movement?

Because a lot of factors affect a baby’s movement in the womb, it’s hard to give a normal number of fetal movements. Aside from the factors mentioned above (the baby’s activity and pregnancy stage), you also have to consider the mother’s ability to perceive the movements.

Some mothers wouldn’t observe her baby’s movement unless she’s focusing on feeling them. Additionally, if the mom is preoccupied with other things and the movement is slight, she might not even detect it. You can even say that a mother’s perception is sometimes one of the reasons for decreased fetal movement.

If we’re going to put a normal range for fetal movements, it would be 10 or more in 2 hours while the mother is on a side-lying position and intently focusing on counting the movements.

Given the discussion earlier, we can conclude the following reasons for decreased fetal movements:

The Connection Between DFM and Newborn Health

Although there are harmless reasons for decreased fetal movement, some serious conditions may also cause this. There are links between DFM and:

Experts also state that decreased fetal movement might be linked with a low APGAR score.

APGAR score refers to the 5 parameters used to check a newborn’s status. It stands for appearance, pulse, grimace, activity, and respiration. The highest score for each parameter is 2; in total, a newborn has a good APGAR score if they achieve 7 points or more.

Understanding that these conditions might be connected to DFM will give you more reasons to monitor your baby’s movements.

Since normal fetal movements differ from one baby to another, experts advise mothers to be familiar with her baby’s activity inside the womb.

How Should You Track Your Baby’s Movements?

After knowing the common reasons for decreased fetal movement, it’s time to learn about the correct way of counting your baby’s kicks and movements.

Here’s an example of a Kick Count Record:

Ideal results will show 10 movements in 2 hours; most of the time, you’ll complete the 10th count faster than that. If you didn’t count 10 movements within the recommended time, wait for a few hours and try again. You may also try to simulate the baby by placing music near your tummy, eating snacks, or tapping your abdomen.

Seek medical attention right away if:

Remember that it’s not true that babies “behave” more in the final weeks of pregnancy. You should feel movements up to the point of labor.

In the later stages, your baby will have less space to make big movements, like rolling and tumbling. However, it doesn’t mean that the quickening will slow down or stop. The baby will stretch and try to be comfortable in the cramped space. They will also use their hands to explore their surroundings and body.

True Labor or False Labor? Here’s How to Tell

While we have harmless reasons for decreased fetal movement, there are also dangerous ones. Hence, if you’re worried about your baby’s movement, seek medical attention right away.

Remember that fetal movements reflect your baby’s health inside the womb. Waiting it out for further monitoring might put your baby at risk.

How to Make Sperm Healthy for Pregnancy

Safe Sex During Pregnancy: What You Need To Know