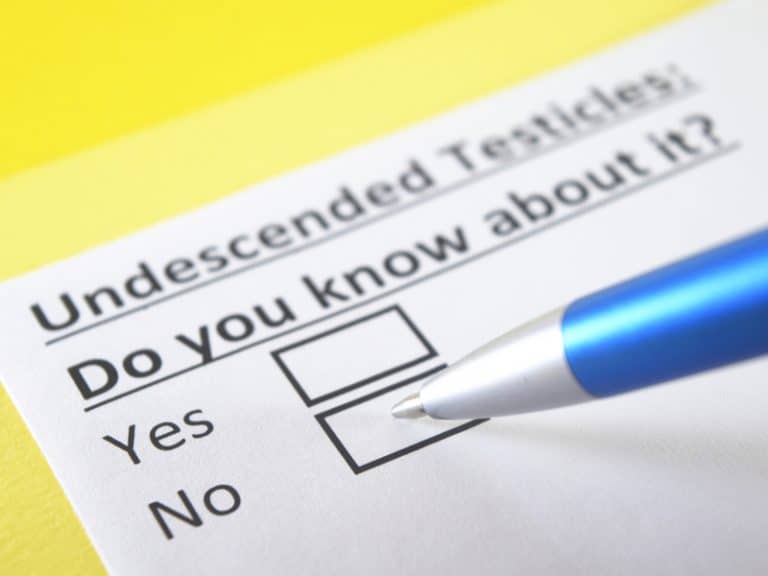 An undescended testicle is associated with either or both the testicles not having moved down the scrotum. In medical terminology, it is called cryptorchidism.

Stimulated by male hormones, the organs start developing as an integral part of the abdomen. At around 32 to 36 weeks of gestation of pregnancy, the testicles begin moving down through the abdominal cavity to the scrotum.

Some infants, especially prematurely born male infants, may be born with undescended or partially descended testicles. 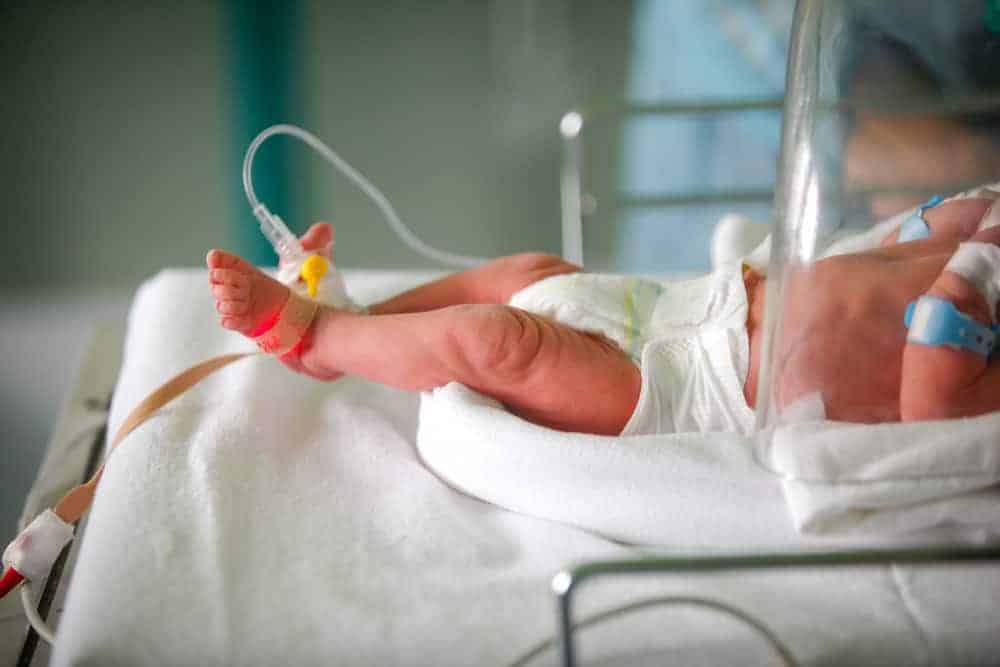 In such cases, the testicles remain within the abdominal cavity or they may be found anywhere along the ‘path of descent’. It may also be stuck high up in the abdomen.

In most of these cases, the testicles complete their descent within 4 months after birth. Another reason is that their blood vessels may have been twisted or blocked before birth, causing the testicles to shrink.

Basically, the general reasons for this condition involve hormonal factors or mechanical factors.

Cryptorchidism is the medical term used to describe an undescended testis; and 10% of the time, it’s bilateral or affecting both testes.

In rare cases, an acquired undescended testicle may occur amongst boys between the ages of 4 and 10 years. This condition occurs when one or both the testicles move back up into the abdomen.

The first sign of an undescended testis is a palpable mass on the abdominal area or inguinal canal (groin). The scrotum may feel empty or nothing can be felt upon palpation.

There is no pain. In rare cases, testicular torsion may happen. This condition is associated with twisted testicles that cause severe pain. It is a serious medical condition that requires emergency medical assistance.

The causes of cryptorchidism can be hormonal (like decrease production of testosterone), mechanical (like obstruction in the spermatic cord; or low intra- abdominal pressure) or both.

The possible risk factors of undescended testicles are:

The underdevelopment or other complications of either or both the testicles appear amongst infants between 1 to 6 months of age.

Harmful environmental factors may play a role during the fetal stage. It also increases the risk of testicular dysgenesis syndrome (TDS).

The diagnostic procedure of cryptorchidism includes physical investigation followed by lab tests and, if needed, surgery.

Let’s take a closer look at the diagnostic process:

Based on the symptoms explained to the doctor, they will undertake a thorough physical investigation of the newborn. The underdevelopment may also come to the notice of the child specialist during the regular pediatric visits.

Using their dominant hand, the doctor will feel or palpate the testis. If they cannot feel the testis, then a “soap test” can be helpful. How is this done? First, the doctor applies soap to their hands and the patient’s groin to lessen friction significantly. This allows for better palpation or identification of the testis.

Your pediatrician may likely recommend an MRI scans (less radiation than CT scans) to evaluate the exact location of the undescended testis. They may also advise you to have your child undergo an ultrasound test. This can help check blood flow in relevant locations.

The position of the undescended testis can also be identified and/or confirmed through a pediatrician’s diagnostic test of choice.

For this procedure, a surgeon will make some small incisions around the groin and a video camera is inserted through one of them. This helps in taking a close look at the area and identifying the exact location of the undescended testicle(s).

Treatment is essential when either or both the testicles are in the groin, and cannot be brought down to the scrotum. To increase the chances of effective treatment for the medical condition, it should be ideally treated around 9 to 15 months of age.

The presence of undescended testicle becomes apparent between the first 6 months in a newborn. If left untreated, it causes damage to the testicular cells, which are responsible for producing sperm in later life.

Hence, doctors usually recommend that this disorder be treated 9-15 months of age, but if diagnosed to have Testicular Torsion, surgery should be done as soon as possible since it is a medical emergency.

What happens during this surgery?

According to Nelson Textbook of Pediatrics, 20th ed.

How to Treat Swollen Testicles Safely and Painlessly

How to Maintain Penis Health: Here's What You Need to Know