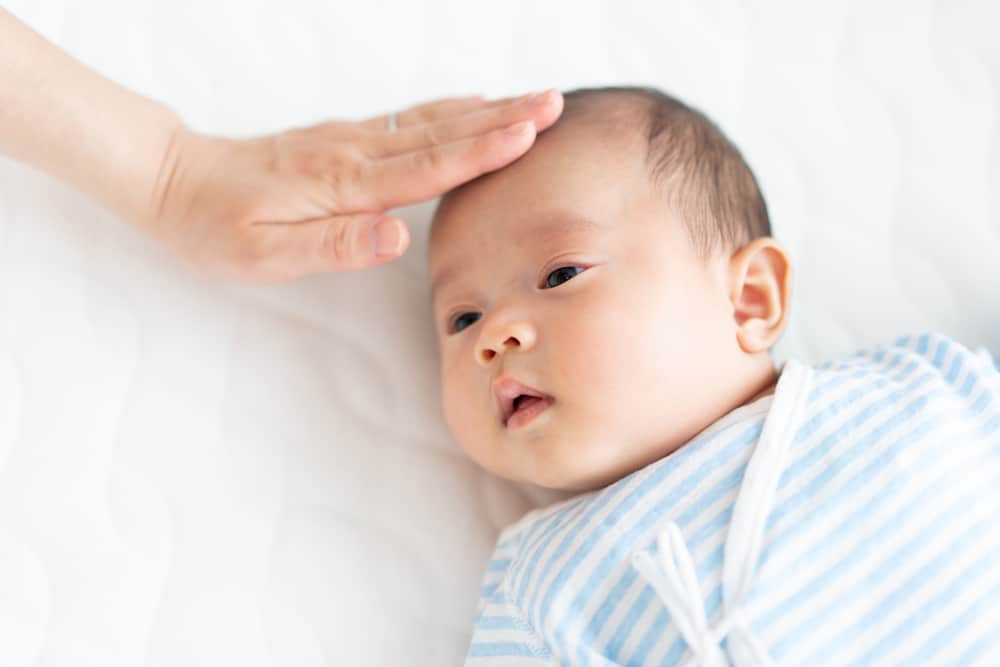 Here in the Philippines, there are a lot of folk beliefs when it comes to babies. One of the more widely known ones is “pwera usog,” which is still a common practice even today.

But what exactly is this folk belief based on, does it have any scientific basis? Read on to learn more.

“Pwera usog” is a common phrase that people utter when seeing or being with a newborn child. What usually follows is that they smear some of their saliva on the baby’s forehead, also known as “lawayan.”

The origin of pwera usog comes from “usog,” which can have different meanings in the Philippines depending on the region. But in general, it is considered to be something that causes harm to a baby, such as a curse or bad spirits. This can then manifest in the baby experiencing colic, fever, or suddenly becoming too fussy for no reason at all.

When this happens, people usually utter the phrase “pwera usog,” and then “bless” the baby with saliva. Some people also do it even before the baby experiences any problems, as a means to “ward off” any sickness that might befall the baby.

Even today, this practice is still widespread in the Philippines. This can be observed in the provinces, where a lot of folk beliefs still remain as part of the culture.

But is there any truth to this practice? Does lawayan really work?

Does it have any basis in real life?

One of the possible explanations for usog is that babies can experience anxiety, especially when seeing new faces or meeting new people. When this happens, babies can suddenly start to cry without any apparent reason. The act of touching the baby’s forehead can help ease their worries, as touch can help babies calm down, and feel more secure

However, researchers have yet to conduct an in-depth study about it, and so far, there is no scientific basis for these claims.

As far as the other possible effects of usog, such as colic, fever, and other illnesses, these are all conditions that affect babies. Just because a seemingly healthy baby suddenly gets sick, it doesn’t mean that it’s caused by a “curse” or bad spirit.

Usog and other similar folk practices are an undeniable part of our rich culture and history. However, these beliefs can be a problem if people neglect modern medicine in lieu of these practices. Some of these practices, such as “lawayan” might even spread illness and disease.

Consult your doctor on how best to care for your baby. They would be able to give you effective advice on what to do if your baby gets sick, or what signs of illness you need to watch out for.

What can you do if your baby feels sick?

If you feel that your baby is sick, here are some things that you can do:

Colic can happen due to a number of reasons. Sometimes it’s caused by food sensitivity, overfeeding, or general discomfort. Make sure that your baby is comfortable, avoid overfeeding them, and be sure to burp them to avoid having a gassy stomach.

It’s normal for babies to experience fever since their immune systems are not yet fully developed. The best thing to do would be to keep your child cool and comfortable, and if needed or advised by your doctor, you can give them fever medication. Babies can also take lukewarm baths if they have fever in order for them to be comfortable.

Fevers usually go away on their own and are not a serious problem. However, if your baby seems unresponsive, is not waking up, or has trouble breathing, take them to the doctor immediately.

In addition, fevers in babies under 3 months old should be a cause for concern, and it would be best to take them to the doctor.

Babies can develop coughs and colds just like most of us do. These go away on their own, and generally aren’t something to be worried about. But if your baby experiences symptoms such as diarrhea, changes in appetite, dehydration, or constipation, talk to your doctor as soon as possible.

Understanding the concept of Usog among the Aetas of Nabuclod, Pampanga, Philippines, https://sigma.nursingrepository.org/bitstream/handle/10755/623747/Martinez_Usog_Aetas_Manuscript.pdf, Accessed May 25, 2021

Do You Believe in These Pinoy Health Superstitions? | News | Makati Medical Center, https://www.makatimed.net.ph/news-and-exhibits/news/do-you-believe-in-these-pinoy-health-superstitions, Accessed May 25, 2021

How To Calm a Crying Baby: Tips and Tricks for Parents