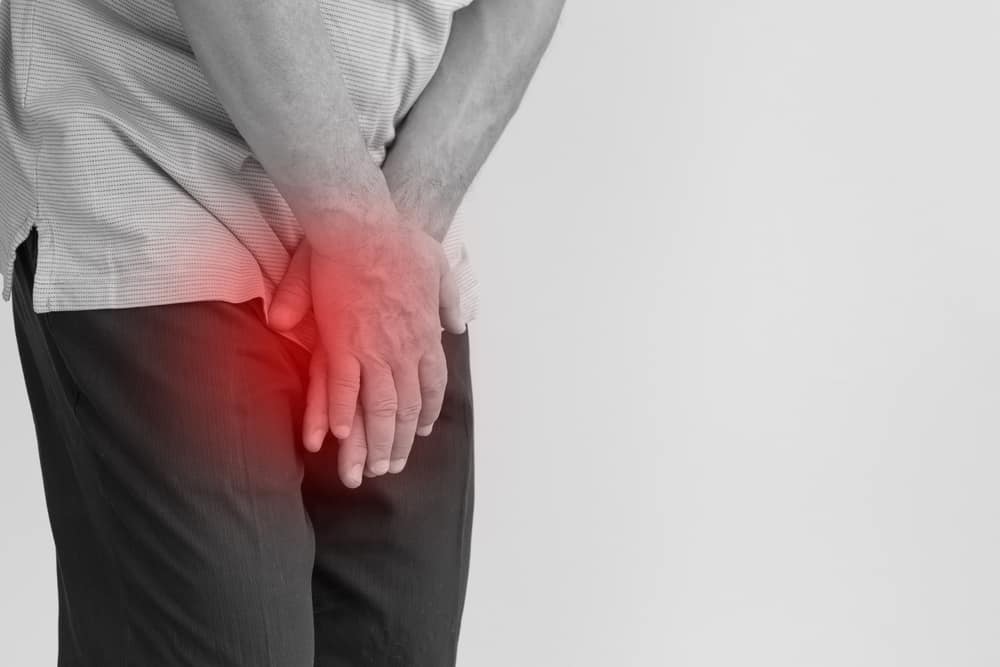 Male reproductive system diseases account for 14% of the burden of health in Filipino men.

The male reproductive system is composed of two main parts. These are the testes and the penis. The testes is where the sperm is produced while the penis is the primary male sexual organ.

The penis is connected to both the urinary and reproductive system. This means that the penis is also the tool used for urine to leave the body. The testes on the other hand are located on an external pouch called the scrotum where the temperature is slightly colder than your body temperature to help facilitate the creation of sperm.

Always remember that you should never self medicate. If you feel any of the symptoms listed below, consult your doctor immediately.

In the Philippines, prostate cancer awareness month is being held by the Department of Health every June to help Filipino men feel more comfortable consulting their doctor if they believe that they may have prostate cancer.

Worldwide, there are an estimated 1,3 million new cases of prostate cancer annually, making it the second most commonly diagnosed cancer in men. In the Philippines, 19.3 out of every 100,000 Filipinos have prostate cancer.

Prostate cancer is a common type of cancer that is treatable if caught at the early stages. It starts at the prostate gland which sits between the penis and the bladder.

Its purpose is to produce fluid that nourishes and transports the semen as well as aid in urine control. This is also what helps to produce the protein that helps semen retain its liquid form.

There are normally no major symptoms to identify prostate cancer. This is why men are advised to undergo prostate cancer screening annually starting at 50 years of age. For some men though, they experience the following:

As with any type of cancer, treatment will depend on the stage of the cancer. It’s best to consult with your doctor when it comes to treatment options.

In the Philippines, 1 out of 10 couples have fertility problems though in the study done, it was not clearly stated how many percent was caused by men and how many were caused by women. For this article, our focus will be on male infertility.

One of the most common male reproductive system diseases is male infertility which is the lack of ability to produce a high sperm count or having an abnormal sperm function or blockage which prevents the delivery of the sperm.

Normally, this is the most common symptom though there are other things that can manifest infertility in a man such as:

There are certain risk factors that have been linked to male infertility:

There are three categories for the treatment of male infertility.

Most of the male infertility problems can be treated without having to undergo surgery.

A common male reproductive system disease is erectile dysfunction. This is the inability of a man to get his penis erect or to maintain the erection as long as it is needed to perform its function. This sexual dysfunction affects around 40% of males on occasion.

This male reproductive system disease can happen when blood flow in the penis becomes limited or the nerves are damaged. It can also when there is too much emotional stress.

Sometimes, an erectile dysfunction can also signify a bigger problem such as atherosclerosis, heart disease or high blood pressure.

Erectile dysfunction normally starts on a physiological level which is why your doctor may start treatment by telling you to start taking care of your heart and vascular health.

Other options would be:

As a last resort, surgery can be done if needed. Penile vascular surgery though is not recommended for older men with hardened arteries.

Male reproductive system diseases are still something that most Filipino men are not comfortable talking about. However, awareness and early detection are still the best thing to help address these problems.

If you feel uncomfortable asking someone about these, book an appointment with your doctor who will be able to answer all your questions without judgement.

Infertility in Men Diagnoses: What You Can Do https://www.unilab.com.ph/articles/Infertility-in-Men:-Diagnosis,-What-You-Can-Do Accessed June 15, 2020

One in 10 Filipinos are infertile — survey https://www.bworldonline.com/one-in-10-filipinos-are-infertile-survey/ Accessed June 15, 2020

Itchy Penile Skin Treatment: What Should You Do?