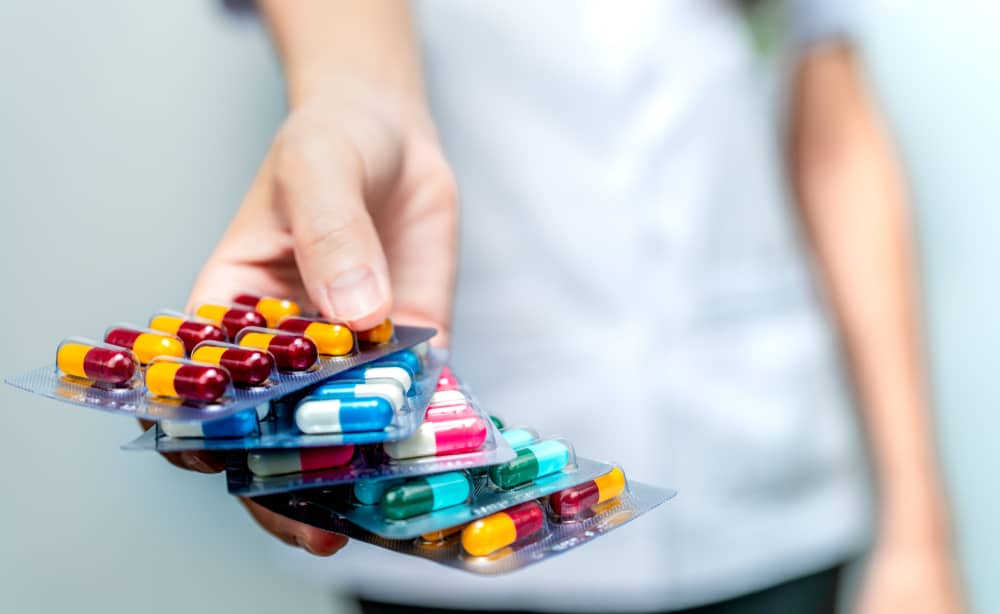 Typhoid fever can be diagnosed based on its symptoms alongside the patient’s travel or medical history. This diagnosis is confirmed through tests that confirm the presence of Salmonella typhi through cultures of the blood, bodily fluid, stool, or tissue. Tests may also detect the antibodies that respond to this bacteria, or check for the presence of the DNA of this bacteria in the blood. Typhoid fever treatment is needed for recovery.

Since typhoid fever is a disease caused by the presence of bacteria, treatment will often involve antibiotics, together with medication that will help alleviate other symptoms.

It’s important to note that a prescription is absolutely necessary to access antibiotics. Antibiotics should not be taken without a doctor’s supervision and without completing the whole course of treatment.

The first and most common prescribed antibiotic is ciprofloxacin. This is a quinolone antibiotic that works to stop the growth of bacteria. This only treats bacterial, and not viral, infections. An alternative drug to this is the similarly-built antibiotic called ofloxacin. Both these drugs are often taken as tablets.

However, some strains of Salmonella typhi bacteria have become resistant to this due to historical misuse and complications with antibiotic resistance.

In case the bacteria is a strain resistant to ciprofloxacin and ofloxacin, another antibiotic called azithromycin is prescribed. This also stops the growth of bacteria. Like all antibiotics, the dosage of this medicine is specific to the vitals of the person taking it, and the scale of infection.

This could also be prescribed for chest, mouth, or throat infections like sinusitis. Often, this is prescribed in tablet form.

Another possible option is the drug ceftriaxone. Unlike the antibiotics mentioned above which are often administered via tablets, ceftriaxone is administered intravenously or through injection.

It’s common for this to be prescribed to children or people with pre-existing condition. As a drug often used to prevent infections during surgeries, this could also be used for serious infections.

Other Forms of Typhoid Fever Treatment

To prevent dehydration from the common symptoms of typhoid fever such as diarrhea and fever, it’s important to stay hydrated. If dehydration reaches a severe level, fluids may have to be administered intravenously or through an IV.

If intestines rupture or tear due to typhoid fever, it’s possible that this has to be repaired on the operating table. However, this is avoidable as long as you seek out professional help as soon as symptoms begin to show up

Typhoid fever treatment can be done at home or in the hospital but this is up to your doctor and the severity of your case.

At home, treatment will involve taking the prescribed medicine for one to two weeks following your doctor’s prescription. It is important that you finish the course of your antibiotics regardless of how much better you feel after the first few days. Cutting your treatment short could lead to complications with drug resistance. Make sure to stay away from other people until you have tested to be completely free from the bacteria.

Coordinate with your doctor

Hospital admission might be necessary to keep typhoid fever from getting worse. This is especially the case for children. It may also be necessary for severe cases that involve vomiting, severe diarrhea, and swelling in the stomach area.

Relapsing is a possibility. Following this, you may need to extend the course of your medication to fully flush your body of the bacteria. Relapses often have milder symptoms and last for a shorter time but they still have to be treated by your doctor.

Make sure to follow the prescription given and to seek out help if any complications arise. For the time being, follow your doctor’s guidance, don’t prepare or serve food, and make sure to wash your hands and stay away from other people.

Typhoid Fever Causes: Where Does It Come From And What To Avoid