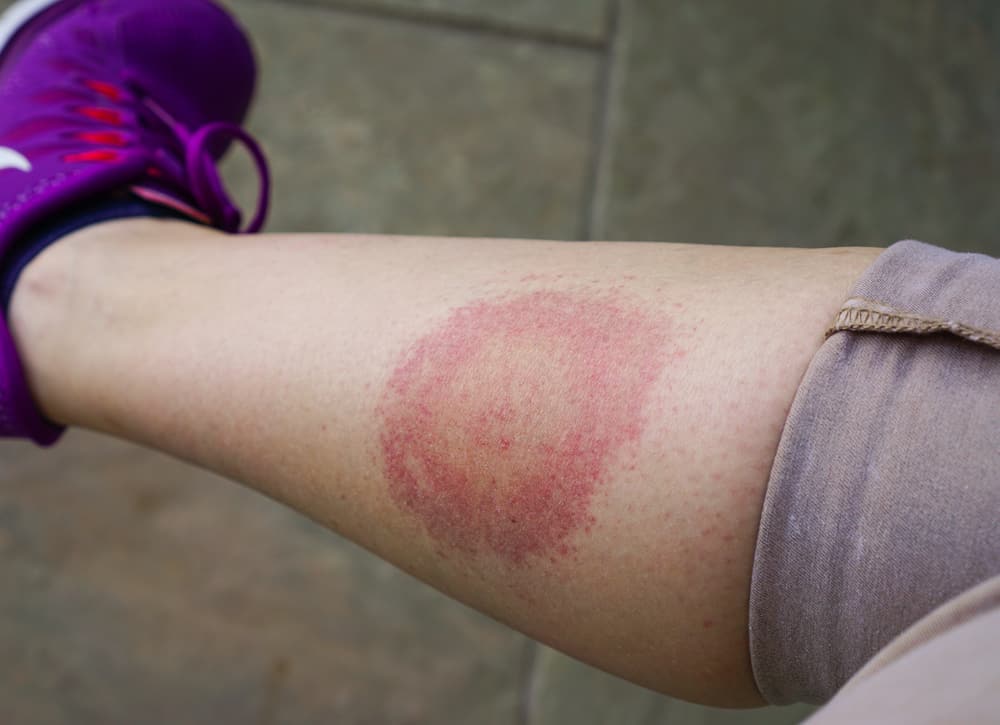 What is Lyme disease?

Lyme disease is an infection caused by four bacteria under the Borrelia group. It is a vector-borne illness. This means that humans acquire the bacteria from an insect that the bacteria was residing in. In this particular case, the Ixodes tick is the vector responsible for transmission.

Lyme disease is most common in the USA and Europe since the infected ticks that carry these bacteria live in temperate climates. In these places, it is common to get bitten by these ticks while out on hiking or camping trips in the forest and other grassy places. This means even your backyard can harbor these ticks.

Infected ticks commonly acquire the bacteria from deer and rodents (the preferred hosts of Borrelia) during blood meals required for their growth. They may end up passing it on to humans when taking their next blood meal.

If I get infected, can I spread it to others?

There is currently no evidence that the disease spreads from person-to-person contact such as touching, kissing, and sex or through body fluids like saliva and sputum. However, if you have other symptoms such as cough and cold, this may point to another infection that co-exists with Lyme disease which may be passed from one person to another.

In terms of infections while pregnant, Lyme disease can lead to inflammation of the placenta. While transmission to the baby is possible, it is rare. There is also no evidence of transmission through breastfeeding, although breastfeeding information will be needed by your doctor so they can prescribe an infected mother antibiotics that will not harm the baby.

Although no cases have been reported from blood transfusion, Lyme disease bacteria can live in blood stored for donation. Therefore, if you are a regular blood donor and you develop Lyme disease, you should avoid blood donation until after completing treatment.

Patients may develop a rash at the site of the tick bite. It classically looks like a lesion with a target-like shape. This rash is called erythema migrans. It is observed in up to 80% of patients about 3 to 30 days after the tick bite.

Other patients may get erythema, although not in the classic target-like shape. The rash may also be hot to the touch, but is generally painless and non-itchy. As the name suggests, the rash may also migrate to other parts of the body.

Other associated symptoms that appear early in the course of infection include:

Consult with a physician if you have any of these symptoms.

What happens if the disease is left untreated?

30 days from the tick bite, more severe symptoms involving different body systems may develop. These include:

A visit to the doctor is warranted for correct management since the long-term consequences of Lyme disease can disrupt your quality of life.

How is Lyme disease diagnosed and treated?

Doctors may check your history of activities for possible tick exposure, especially if you live in an area where Ixodes ticks are found. Laboratory testing is used to check if you have developed antibodies to the infection.

Treatment is initiated early in order to prevent a more complicated disease.

Since the cause is a bacteria, treatment consists of a 14 to 21-day regimen of oral antibiotics. The choice of antibiotics depends on patient, provider, and environmental factors. The most common medications used include Doxycycline, Amoxicillin, or Cefuroxime. Intravenous antibiotics are usually not needed unless you develop neurologic symptoms.

How is Lyme disease prevented?

The principles of prevention of Lyme disease are similar to any other vector-borne illness: personal protection and vector control.

Pet protection is also important since they may harbor ticks which can also bite you. Showering and washing your pet after long periods outdoors may also help. While attempts have been made to control the tick population, as well as to develop a vaccine against Lyme disease, personal protection is still the standard.

People living in the USA and Europe who love the outdoors are prone to tick bites. This may lead to Lyme disease. It is important to keep yourself and your pets adequately protected when going outdoors. Consult with a doctor early if you think you may have Lyme disease, because early treatment can prevent symptoms that will affect your quality of life.

Are Mosquito Patches Safe For Babies?