What Does Brucellosis Do To Humans? 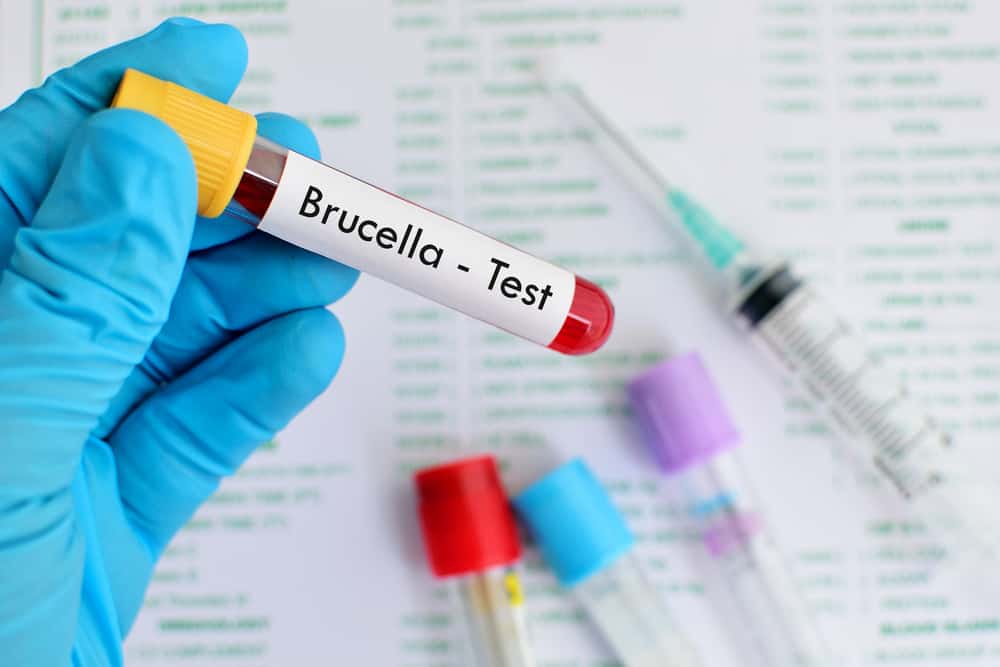 Brucellosis or brucellemia is a bacterial infection caused by Brucella bacteria. It is mainly a livestock disease, but it can affect humans by airborne transmission, direct contact with infected animals, or consumption of raw or unpasteurized dairy products.

Brucellemia affects many animals, including:

Additionally, people who work closely with animals have a higher risk of contracting the disease. Examples include:

And finally, lab technicians and microbiologists who analyze animal blood can also get the infection.

Before we answer the question, what does brucellosis do to humans?, let’s first understand how it is transmitted.

According to the Center for Disease Control, Brucellosis can spread from animals to humans through the following ways.

When Brucella bacteria infect animals like cows or goats, their milk becomes contaminated, too. For this reason, drinking unpasteurized milk can result in brucellosis symptoms in humans. Moreover, if you eat products such as cheese, ice cream, and butter, which contains contaminated, raw milk, you might also get the infection.

Finally, you might also be infected if you consume raw or undercooked contaminated meat.

Inhalation of the bacteria

According to the Merck Manuals, Brucella bacteria can spread quickly in the air, and that inhaling just a few bacteria can already cause infection in humans.

Touching or petting infected animals do not cause brucellosis. However, you might get it if the bacteria from the animal blood and body fluids enter your skin through a cut or wound.

Although rare, brucellosis can spread from person to person. Some reports indicate that mothers can pass the disease to their child during labor and delivery or through breastfeeding.

What does brucellosis do to humans? A patient can experience the following signs and symptoms suddenly or in several weeks or months after the infection:

Please note that some symptoms of brucellosis disappear for weeks or months and then come back (relapse). Some people also experience chronic brucellosis, wherein they experience the symptoms for years, even after treatment.

If you experience brucellosis symptoms in humans, and you worked closely with animals or consumed raw meat and dairy products, consult your doctor right away for a proper diagnosis.

The most common way to diagnose brucellosis is through blood testing. The doctor takes a blood sample from the patient and sends the sample to the laboratory to identify the bacteria.

The doctor can also check the bone marrow or the cerebrospinal fluid (the fluid surrounding the brain and the spinal cord) for the presence of bacteria.

Treatment for brucellosis focuses on managing the symptoms, preventing relapse, and avoiding complications.

Since brucellosis is a bacterial infection, the most common treatment is administering antibiotics for 6 to 8 weeks. To increase the chance of curing the disease completely, two antibiotics will be given simultaneously. Usually, they are:

After treatment, recovery may happen from a few weeks to a few months. Some symptoms may also recur, so periodical re-testing might be necessary.

What does brucellosis do to humans if the condition persists for an extended period? It may lead to the following complications:

The best way to prevent contracting brucellosis is to avoid consuming raw or undercooked meat.

At home, cook meat properly until it reaches an internal temperature of 63 to 74 C. When in restaurants, only order meat that’s at least medium-well. During your travels, be careful with street foods.

Before drinking milk, check if it’s at least pasteurized. Pasteurization kills harmful bacteria by heating raw milk for a short time. If you’re not sure if the milk is pasteurized, don’t drink it. Additionally, don’t consume dairy products that may contain raw or unpasteurized milk.

If you have to come in close contact with animals or animal blood, protect yourself by wearing protective equipment such as goggles, gloves, and apron. If you work in a laboratory, handle specimens carefully.

Brucellosis is a bacterial infection that commonly affects livestock. However, it can infect humans through airborne transmission, physical contact, and consumption of contaminated animal products.

What does brucellosis do to humans? Humans experience fever, headaches, sweating, and fatigue, which may recur even after antibiotic treatment. Brucellosis can also lead to complications like endocarditis, arthritis, and neurologic symptoms.

What are the Types of Heart Infections?