The Health Benefits of Dalandan Fruit 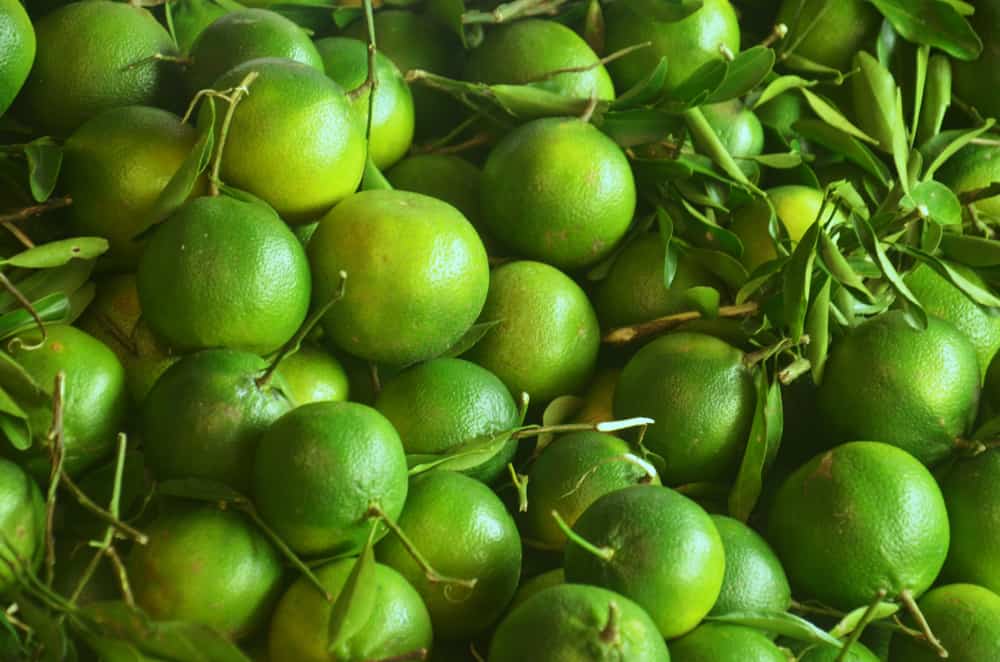 Dalandan is a well-loved fruit in the Philippines that doesn’t just pack loads of flavor, but nutrients as well. What are the health benefits of dalandan fruit?

Dalandan is one of the varieties of citrus fruits, commonly thought to be a cross between the pomelo and Mandarin orange. It has green or red-orange skin, which, when you peel off, will reveal an orange-looking fruit.

While it tastes sweet occasionally, it is characteristically sour, that’s why many people enjoy it with salt.

The dalandan tree is small and erect, with greenish-white shoots and small white flowers. Its leaves are green and oval. Since these trees are planted almost everywhere in the country, dalandan is very much available for consumption.

Because of its sour taste, it is internationally referred to as “sour orange” or “bitter orange”. Despite the sourness of this fruit you can still enjoy many sweet benefits.

The Health Benefits of Dalandan Fruit

For every 100 grams of dalandan, which is about the size of a regular orange, you can get a total of 37 to 66 calories. It has 9.7 to 15.2 grams of carbohydrates, which include half a gram of fiber and perhaps some natural sugars found in fruits (fructose).

It is fat-free but contains around 1 gram of protein. Finally, one serving can give you 45 to 90 mg of vitamin C, which is good for boosting our immune system and promoting collagen production for youthful-looking skin.

Dalandan also contains some amount of calcium and vitamin A which make it healthy for the bones and eyes.

It Aids in Wound Healing

While there is no particular study to attest to this effect, it’s safe to say that because dalandan has a lot of vitamin C in it, it will help heal wounds.

This is because vitamin C is needed to produce collagen, which is consequently needed to repair skin damage.

The Health Benefits of Dalandan Fruit Include Flavonoids

Flavonoids are compounds that have both anti-inflammatory and anti-oxidant properties. Did you know that chronic inflammation is linked to various diseases, like cancer, metabolic disorders, and heart diseases?

The flavonoids in dalandan can help reduce the inflammation, thus, preventing these illnesses. Additionally, the antioxidant properties get rid of free-radicals that are rather toxic when they build up.

It Has Great Potential in Reducing Weight

While there are still some contentions to dalandan’s effect in weight reduction, there have been quite a few studies suggesting that it is indeed effective in increasing thermogenesis, which helps shed the extra pounds. Some researches even state that it can boost a person’s metabolic rate.

The Health Benefits of Dalandan Fruit Include Promoting Skin Health

The anti-oxidant together with the vitamin C content AND the antibacterial properties make dalandan a good fruit for the skin. In some instances, it is even applied topically to treat athlete’s foot.

Though the health benefits of dalandan fruit are impressive, we must still be careful.

Before using dalandan or bitter orange, be sure to keep the following points in mind:

What Should I know Before Using Dalandan?

Please keep in mind that using dalandan essential oil on the skin may cause you to be photosensitive. Do not take dalandan and coffee at the same time as it may increase your blood pressure.

How Safe Is Dalandan?

Dalandan is safe in small quantities, preferably in food amounts. However, it may be unsafe if you plan to consume it in large quantities or regularly as a medicine. Inhaling the essential oil is also deemed safe as long as you follow the package instructions.

Be careful in eating dalandan and applying its essential oil if you are allergic to it or other citrus fruits. If you are pregnant, breastfeeding, or are suffering from pre-existing health conditions, don’t forget to consult your doctor first if you plan on using dalandan as a medicine.

Side Effects and Interactions

Consume with caution if you have diabetes as it may affect your blood sugar level. Likewise, when taken together with caffeine, it may increase your blood pressure. If you are under a special diet or are taking medications, please talk to your physician as dalandan may have untoward side-effects and interactions.

If you are taking any medications, especially paracetamol, oral contraceptive pills, opiates (e.g. codeine), immunosuppressants (e.g. cyclosporine), benzodiazepines (e.g. diazepam), and certain antibiotics (e.g. erythromycin), fruits such as grapefruit and dalandan may inhibit the metabolism of these drugs and cause some side effects.

Avoid consuming these fruits or their juices in large quantities while taking medications and inform your physician if you begin to feel unwell or notice changes in the effects of your medications.

Before you proceed, a little reminder: the forms and dosages below are meant to educate and help. They do not intend to replace the advice given by your doctor.

As of now, dalandan is commercially available as an essential oil. If ever you purchase it, be sure to follow the manufacturer’s instructions.

Typically, you DO NOT use the oil internally and you MUST ALWAYS dilute it with a carrier oil or vehicle. One thing you need to keep in mind is when applied topically, the oil is considered phototoxic, which means your skin may become irritated or burned when exposed to sunlight.

Be sure to apply sunblock after using products containing citrus oils such as dalandan, especially if you have a fair complexion.

Aside from enjoying the fruit on its own, it can be juiced as a regular beverage. It may be too sour for your taste, so sweeteners like honey or sugar can be added to it. This is a good drink if you want to cool off or if you need to prevent scurvy – an illness caused by vitamin C deficiency. Scurvy is characterized by the reopening of old wounds and bleeding gums.

The rind or the dalandan peels have a soothing effect, especially if you are feeling nauseous or dizzy. To use, simply squeeze the peel near the nostril and inhale. The rinds are sometimes used to add scent to pastries. You can use it as a substitute for recipes that call for orange, lime, or lemon zest.

Dalandan is readily available in our country. This makes it an affordable way to satiate our hunger. Because of the health benefits of dalandan fruit, it’s an excellent source of vitamin C, and promote our general health.

If the sour taste prevents you from eating the fruit directly, you can always prepare it other ways, such as making it into a dessert or blending it with other fruits to make a shake. Alternatively, you can purchase the commercially prepared essential oils which can be applied topically or inhaled for aromatherapy.

All You Need to Know About Using Eucalyptus Leaves