Cause of Eye Discharge and Possible Underlying Conditions 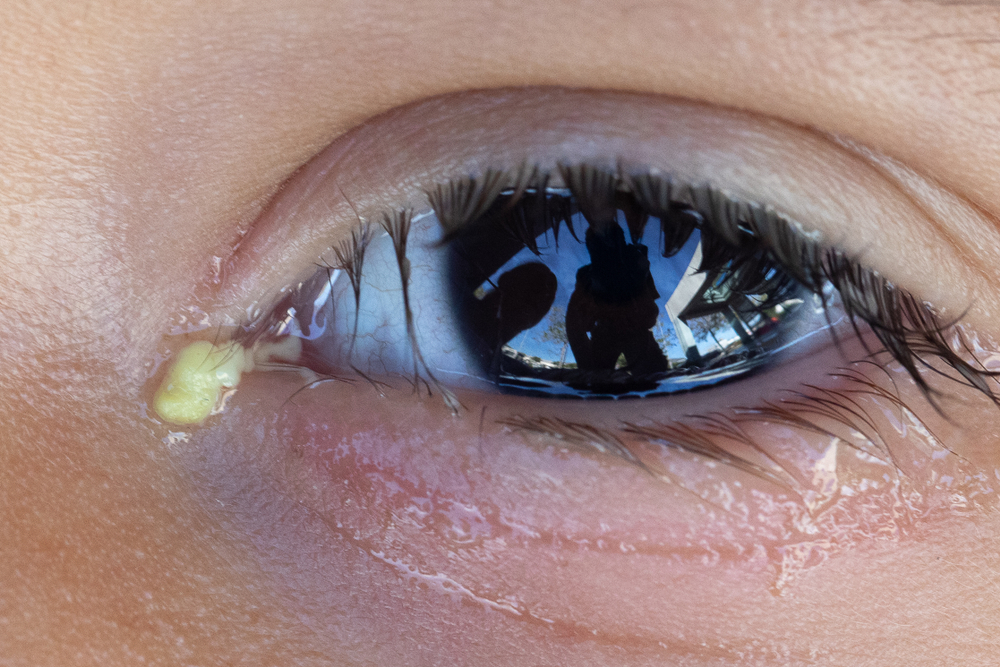 Eye discharge is the collection and accumulation of mucus, oil, skin cells, and debris in the eye that usually forms during sleep. These are removable by a simple rub and wash. But there are instances that it can stick to the eyelashes like glue and makes it difficult to open one’s eye. Eye discharge comes in different forms depending on how the liquid eye discharge evaporates and dries out. Learn the causes of eye discharge here.

What is Eye Discharge?

Eye discharge can be beneficial as it removes harmful debris from the eyes. It also protects the eyes from accumulating tears in the film and surface of the eye. However, an excessive amount of discharge is associated with vision problems. It is better to consult a doctor and undergo an examination to determine the causes of eye discharge and ways for prevention.

How to Ease Eye Itching: 6 Tips to Soothe the Discomfort

It may form under the lower eyelid or inside the eye. This type of discharge is a possible symptom of allergic conjunctivitis, which is the eye’s response to allergens that form from time to time.

It is a discharge with a greenish or grayish color that can be a symptom of an infection, leading to bacterial conjunctivitis. Upon waking up, your eyes might be hard to open and shut. It comes with symptoms of eye irritation and redness.

This type of discharge may be caused by blepharitis, which can have an underlying bacterial infection affecting the eyelids and glands. The thick crusty eye discharge forms like dandruff that thicken the eyelids. It also causes redness and inflammation.

It shows a possible complication of viral conjunctivitis. It comes with various symptoms such as blurred vision, redness, and eyelid swelling. In some cases, it is associated with upper respiratory viral illnesses causing an excessive watery eye discharge.

It is a watery discharge with white or yellow mucus balls, a common symptom of an infection in the tear drainage system called dacryocystitis. Other symptoms may also manifest, such as facial pain, redness, and swelling around the eyelids. Early treatment may help to prevent serious illnesses.

This type of mucus is associated with clogged inflamed eyelid glands with a small lump or nodule called a stye. Your eye might feel bruised and sensitive to light if you already have a sty. However, if it is severe, the discharge builds up and forms a yellowish spot in the center, similar to a pimple.

The eye produces small and dry mucus because of dry eye syndrome. It is composed of water, mucus, and oil that dries up together due to decreased water component.

How to Prevent Eye Redness: Tips That are Worth a Try

Here are some of the causes of eye discharge:

Contact lenses. Wearing contact lenses for too long or even several times may irritate the eyes that cause crusty eye discharge after waking up.

Chronic dry eyes. It can lead to a release of thick tears resulting in massive eye discharge, collected around the eyes and eyelashes.

Allergies. The side effect of allergy conjunctivitis caused by allergens is eye discharge that may affect both eyes.

Conjunctivitis. It is an eye infection known as pink eye that causes eye discharge. If left untreated, it may cause severe eye problems.

Stye. It is caused by clogged eyelid glands infected by eyelash follicles, producing eye discharge that looks like a pimple with a small spot.

Keratitis. It is a corneal infection that releases massive discharge with an abnormal color. It spreads faster that may lead to blindness if left untreated.

Blepharitis. The formation of oil around the follicles causes inflammation of eyelashes and crusty eye discharge, yellow or green mucus.

Corneal ulcer. It is an infection of the cornea affecting the ulcerous spot, which causes white discharge associated with excessive tearing and pain in the eye.

Eye injury or trauma. An accidental situation like a splash of chemicals in the eye may damage the organ and produce discharge as a symptom of being injured.

Dacryocystitis. It is a blocked tear duct that swells the inner eyelid causing a white eye discharge, which can be painful.

A small amount of eye discharge after waking up is usual and not harmful. However, here are the steps and ways to prevent and manage excessive eye discharge.

Eye discharge is one of the symptoms of various conditions and complications. It functions as protection from harmful debris, but abnormalities can lead to causes of eye discharge. It is better to consult a doctor. An early diagnosis will help to determine the appropriate treatment and prevent severe infection or illness.

How To Ease Eye Itching: 6 Tips To Soothe The Discomfort