What Illnesses or Viruses Can Cause Cancer? 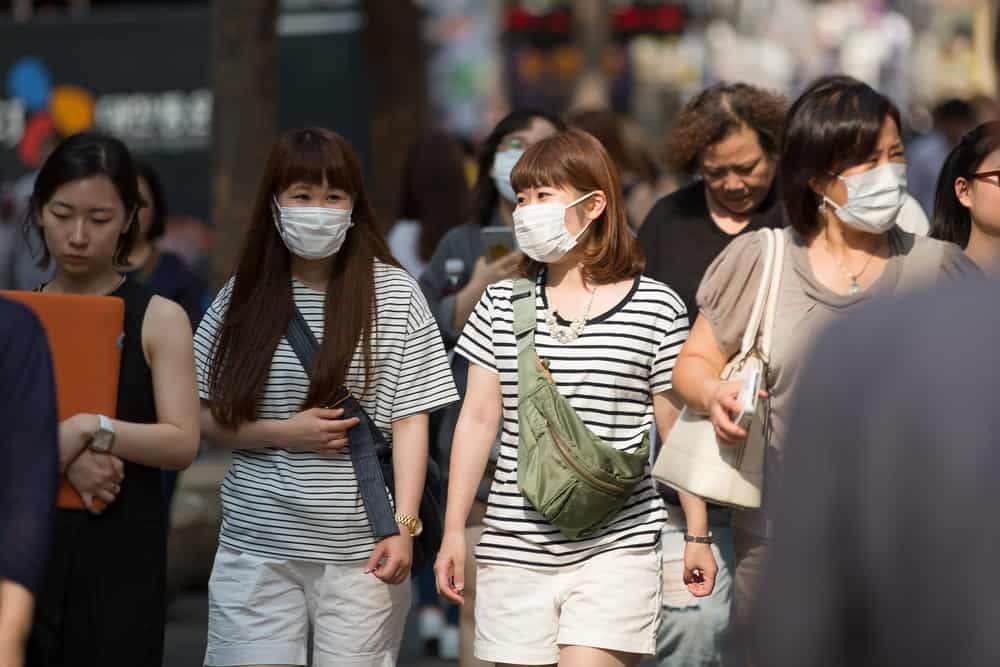 Cancer can be caused by a variety of things. Some examples include poor lifestyle choices, exposure to carcinogens, and genetics. However, cancer can develop from an infection or an illness, such as those caused by bacteria and viruses.

You might be asking yourself, “How do viruses cause cancer in humans, and should I be worried if I get sick?” We will be discussing what types of illnesses can possibly cause cancer, the probability of actually getting sick, and how to prevent yourself from being infected with these diseases.

How Do Bacteria and Viruses Cause Cancer?

There are three main ways by which an infection can potentially cause cancer:

It is important to note that these illnesses do not automatically cause cancer if you get infected. However, it does increase your risk of acquiring cancer, so it is important to be mindful of any unusual symptoms you might experience after getting sick.

What Types of Bacteria Cause Cancer?

Before we answer the question, “How do viruses cause cancer in humans?”, we need to talk about other possible causes of cancer in humans. One of these is through bacteria.

There are two common types of bacteria that can increase a person’s risk of developing cancer.

The first one is called Helicobacter pylori, which causes an infection of the stomach, and can lead to an increased risk of stomach cancer. In addition, it increases the risk of mucosa-associated lymphoid type (MALT) lymphoma.

People with a Helicobacter pylori infection usually suffer from ulcers, and inflammation of the inner layer of the stomach. Over time, the infection could cause changes in the stomach’s cells, which could lead to stomach cancer.

Helicobacter pylori is a fairly common bacteria, and it affects roughly two out of three adults worldwide. Despite this prevalence, most people infected with this bacteria do not develop cancer.

H. pylori infection often goes unnoticed until it causes symptoms of PUD or gastritis. If you are infected, be sure to get in touch with your physician so that it can be treated as soon as possible.

Another fairly common bacteria that can increase the risk of cancer is Chlamydia trachomatis, or more commonly known as chlamydia, which is a sexually transmitted disease or STD.

According to studies conducted on cancer and chlamydia, the bacteria itself does not cause cancer directly. However, scientists believe that human papillomavirus or HPV combined with chlamydia can possibly cause the growth of cancer cells.

Just like H pylori, it is important to seek treatment as soon as possible if you think you are infected with chlamydia. This helps lower the risk of not just cancer, but also the adverse side effects of this infection.

What Viruses Cause Cancer?

You might be wondering, “How do viruses cause cancer in humans?” The answer to this question can vary depending on what type of virus it is, and how the virus itself affects the human body.

Viruses implant their DNA or RNA into an infected cell, which allows them to “hijack” the cell, and use it to replicate and spread through the body of an infected person. Because viruses affect the DNA or RNA, this can potentially cause changes inside the genes of the cells, that can cause it to turn cancerous.

It is also possible that the inflammation caused by a viral infection, especially chronic infections, can trigger a change in the cells of the body, causing them to become cancerous.

Here are some of the viruses that can potentially cause cancer:

Parasites Can Also Increase Your Risk For Cancer

Certain types of parasitic worms have been found to increase the risk of cancer, if a human gets infected with them.

The flatworms Opisthorchis viverrini and Clonorchis sinensis can increase a person’s risk of developing cancer of the bile ducts. People can get infected by these worms if they eat raw or uncooked freshwater fish. These are mostly found in East Asia.

The parasite Schistosoma haematobium which causes schistosomiasis, has been linked to bladder cancer. These types of parasites are mostly found in dirty water.

How Can You Reduce Your Risk?

Now that we know the answer to “How do viruses cause cancer in humans?”, it is important to know how to avoid being infected in the first place.

Here are some ways to reduce your risk of being infected with viruses, bacteria, or parasites that can cause cancer:

Infections That Can Lead to Cancer, https://www.cancer.org/cancer/cancer-causes/infectious-agents/infections-that-can-lead-to-cancer.html, Accessed July 30, 2020

Viruses that can lead to cancer, https://www.cancer.org/cancer/cancer-causes/infectious-agents/infections-that-can-lead-to-cancer/viruses.html, Accessed July 30, 2020

Health Habits That Can Lower Your Risk of Cancer

Can Chronic Stress Cause Cancer?