Coconut Oil for Hair: What Are the Benefits? 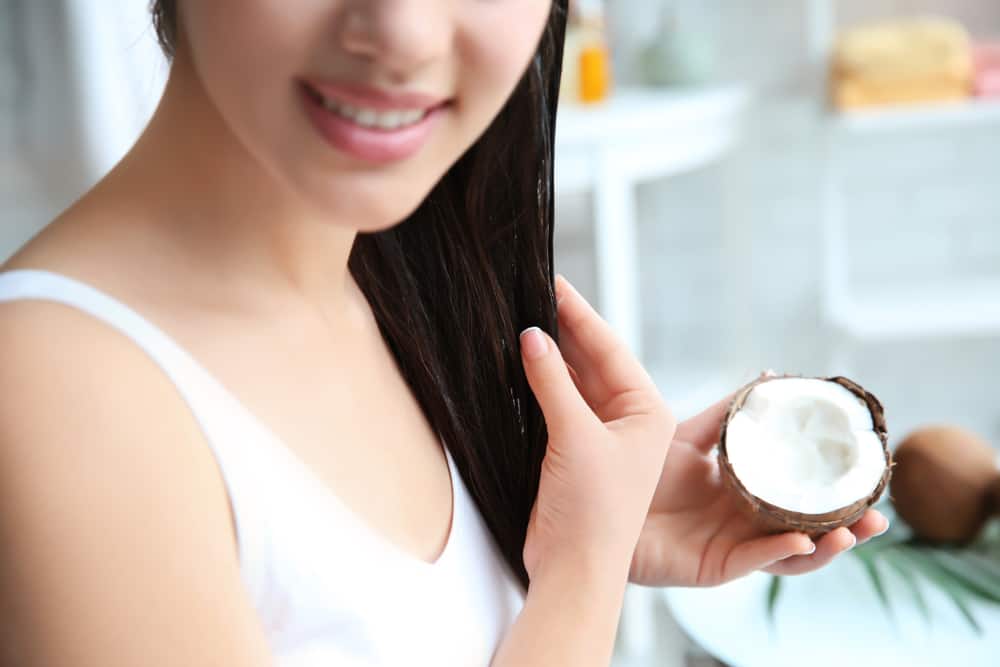 For a long time, coconut oil has been associated with weight loss due to its composition. However, some cultures have also touted its properties for hair. Coconut for hair? Yes! It can actually help protect the hair and scalp of people.

It would be easy to dismiss any of these claims as old wives’ tales, but actual studies have been conducted to determine if they’re true or not. What is it about coconut oil that makes it so effective in nurturing, moisturizing, and protecting our hair? Is it really effective for hair or is that just a myth? Can we apply coconut oil for hair growth?

What is in Coconut Oil?

Coconut oil is from the dried fruit (nut) of the coconut palm tree. Although it is called an oil, it is essentially solid at room temperature, more like the texture and consistency of vegetable shortening. Coconut oil is nearly 100% fat, and 82% to 92% of it is saturated fat.

It is extracted from the coconut and retains many beneficial ingredients. Coconut oil also has natural properties that are helpful for your skin. In fact, some dermatologists often recommend it for its moisturizing and possible anti-aging properties.

Historically, coconut oil has been used as a hair dressing in developing countries. This is mostly in the tropical regions of the globe where the coconut is cultivated extensively. Prolonged use of this type of oil has been known to lead to healthy-looking long hair. This suggests that coconut oil may prevent damage to the cuticle.

As recently as March 2021, another study reported on the effects of topical application of coconut oil on the scalp microbiome on 140 Indian women. The study revealed coconut to be beneficial in maintaining a healthy scalp and reducing dandruff.

A number of small studies have also shown that plant oils like coconut oil can be used to treat lice. Since coconut oil, olive oil, rosemary oil, and tea tree oil are classified as “natural” products, they are not regulated by the United States Food and Drug Administration (FDA). Their safety and effectiveness have not yet been tested using FDA standards.

Coconut oil products may also be useful in preventing hair damage, especially during grooming and ultraviolet exposure. Still, more studies need to be conducted to confirm this effect.

Coconut oil may have been viewed for its weight loss properties in some cultures but its uses for hair have also been embraced. Studies have shown that it has proven beneficial in the protection and even moisturization of hair follicles and scalps.

Applying coconut oil on hair has been credited as helpful in treating head lice. Further studies on the effectiveness of coconut oil for hair are needed but the results are very promising.

Click here for more on hair and scalp care.

Signs of Alopecia: Should You Be Concerned About Hair Loss?