What Is The Effect Of Teenage Pregnancy On Young Women? 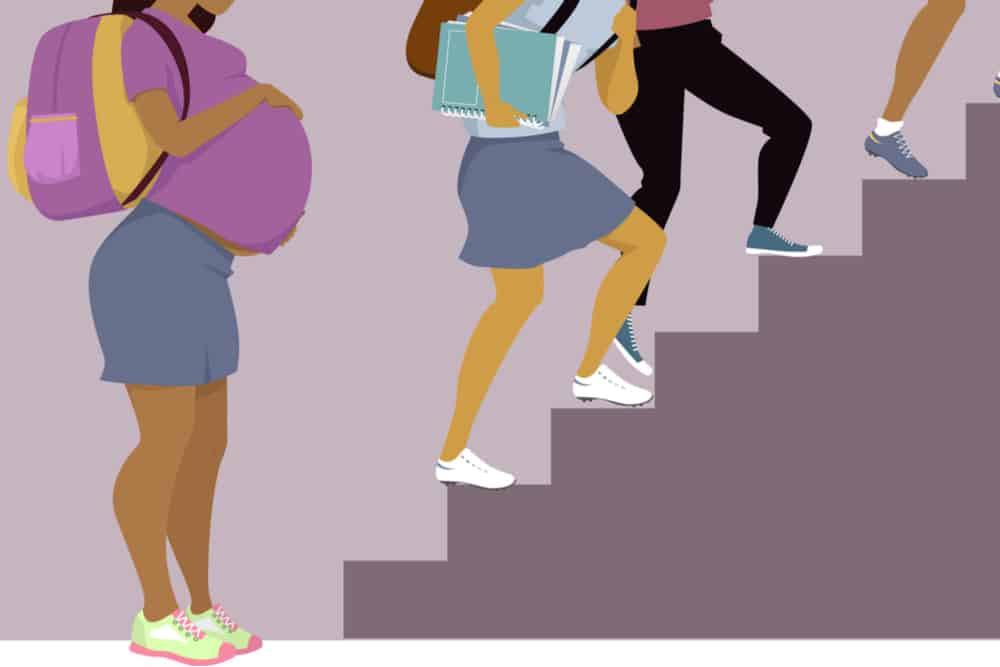 What is Teenage Pregnancy?

Did you know that each year, around 21 million girls aged 15-19 get pregnant worldwide? In addition, around 12 million of these girls give birth each year. The effect of teenage pregnancy cannot be ignored, especially when it poses a major problem to young women worldwide.

Teenage pregnancy is a worsening problem, especially for developing countries where the lack of education and opportunities available for young women contribute greatly to this health crisis.

Teen Pregnancy In the Philippines

In 2018 alone, 183,000 live births by teenage mothers were recorded. While this number is lower compared to previous years, the decline has been slow, and is still higher than the average in the region.

World Bank data in 2020 also suggests that more than 500 Filipina adolescents get pregnant and give birth every day.

What Are the Causes of Teenage Pregnancy?

There are many different factors that can contribute to an increased incidence of teenage pregnancy.

While young girls from all social classes experience teenage pregnancy, more often than not, teenage mothers come from marginalized communities.

Marginalized communities tend to be more at risk due to poor education. In particular, lack of sex education plays a big role when it comes to teenage pregnancy. Some young women become pregnant because they and their partners are unaware of safe sex practices or do not have access to contraceptives. Unprotected sex leads to unwanted pregnancies.

Save the Children Philippines also reports that early pregnancies trap adolescent Filipinas in a cycle of poverty, while suffering the stigma of being a teenage mother, and may be forced into early marriage.

What Is The Effect of Teenage Pregnancy On A Young Woman?

To understand the impact of being a young mother, it is important to know the effect of teenage pregnancy on a young woman’s health.

Teenage mothers have been found to have an increased risk for the following illnesses:

During pregnancy, women have an increased risk of developing iron deficiency anemia. However, for teenage mothers, the risk is increased by around 2.5 times. Anemia during pregnancy increases the risk of premature birth, low birth weight, and postpartum depression.

It’s also possible for the mother to require a blood transfusion if her anemia becomes too severe. For teenage mothers living in far-flung areas, or places without proper medical facilities, anemia can become very dangerous.

Having unprotected sex not only increases the risk of teen pregnancy, but also the risk of having a sexually transmitted infection or STI.

Having an STI not only puts the mother at risk, but there is also a possibility that the baby might get infected as well. Certain types of STIs such as syphilis can even cause organ damage and stillbirth in babies.

Using protection during sexual intercourse is essential to lower the chances of unintended pregnancy and STI transmission.

Postpartum hemorrhage refers to potentially dangerous blood loss that happens right after giving birth. In some cases, a blood transfusion might also be necessary to replace the blood lost by the mother.

Studies have found that young women between 10 and 19 years old are more at risk of developing postpartum hemorrhage after giving birth.

To make matters worse, many women are unable to access adequate medical facilities in case of an emergency. This is especially true for indigents and those living in far flung communities.

Depression and Other Mental Health Problems

In addition to the physical effect of teenage pregnancy, being pregnant at a young age can also have an impact on the mental health of a young mother.

Numerous factors come into play when discussing the mental health of teenage moms. Some are afraid to tell their parents or guardians about their pregnancy. They may worry about the responsibility of having a child. Others feel the social stigma of being pregnant at a young age.

It is also difficult for teenage mothers to seek help and support during their pregnancy. Some even turn to substance abuse in order to cope with their situation.

Some young women are also victims of sexual violence, which may result in post-traumatic stress disorder or PTSD.

A study also found that even if suicide is rare among pregnant women, teenage mothers have a 19% higher chance of suicide ideation.

The effect of teenage pregnancy can be very difficult to handle for everyone involved. Pregnancy at a young age takes a physical and mental toll on girls, some of which can cause serious health problems down the line. Additionally, there is strain on their families and relationships.

Therefore, it is important to educate young adults about sex education in order to avoid getting pregnant at a young age. Parents and teachers can tackle the crisis of teenage pregnancy by being more open and involved.

Last but not least, healthy mothers make healthy babies. Regardless of age, pregnant women should seek medical attention as soon as they know and along every step of the pregnancy.

Pregnancy during Adolescence and Associated Risks: An 8-Year Hospital-Based Cohort Study (2007–2014) in Romania, the Country with the Highest Rate of Teenage Pregnancy in Europe, https://www.ncbi.nlm.nih.gov/pmc/articles/PMC5241487/

One in Ten Young Filipino Women Age 15 to 19 Is Already A Mother or Pregnant With First Child (Final Results from the 2013 National Demographic and Health Survey), https://psa.gov.ph/content/one-ten-young-filipino-women-age-15-19-already-mother-or-pregnant-first-child-final-results

Sex: How It Works

How To Shave Pubic Hair: Here’s How To Do It Safely