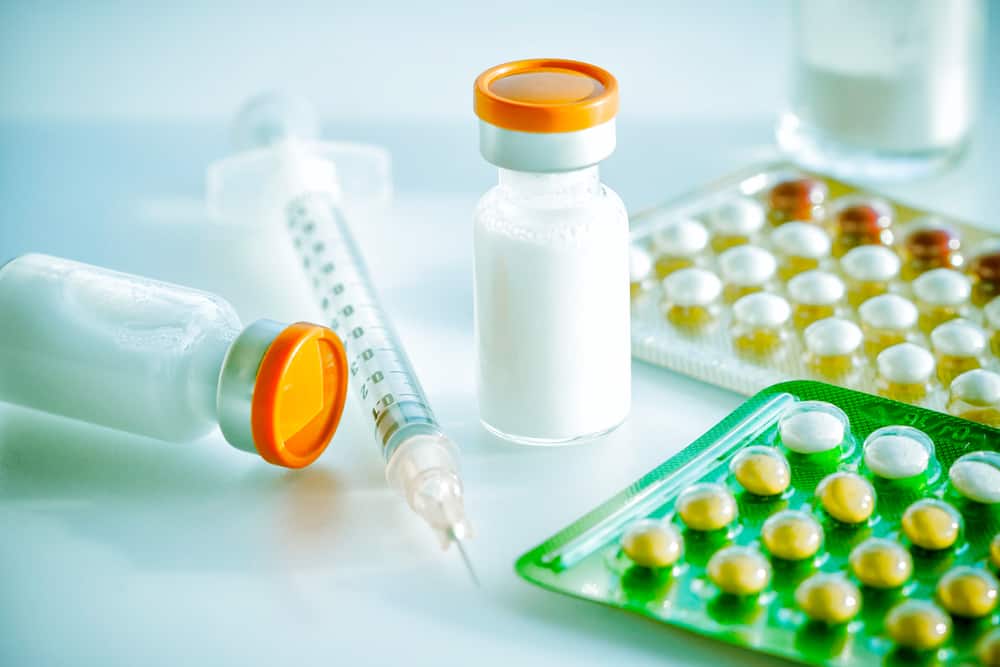 The injectable birth control Medroxyprogesterone acetate is a form of birth control that you can inject into your upper arm or buttocks. This type of shot should be taken every three months to maximize its effectiveness and consistency. Once you take the shot, you should be safe to have sex for 13 weeks with a relatively low likelihood of becoming pregnant. What are some birth control injection side effects?

How Does it Work?

The Depo shot, or any other injectable contraceptives containing Medroxyprogesterone acetate, which is a progestin, helps prevent you from becoming pregnant.

The injectible works by suppressing ovulation, making your ovaries unable to release a mature egg for fertilization. It also thickens the mucus of your cervix, which makes it difficult for sperm to pass through. By preventing the meeting of the mature egg of a woman and the sperm of a man, it makes the process of getting pregnant very difficult.

The following should avoid this means of contraceptive:

People who have breast cancer MUST NOT take injectable contraceptives.

What Do I Do When I Go in for My Shot?

When availing of an injectable contraceptive, you will be given one shot. You’ll have to come back for another every 12-13 weeks or 3 months, making a total of 4 shots a year. You don’t have to do anything prior to receiving your first shot, and if you have your first shot at 7 days after the start of your period, the effects of the shot will immediately protect you from pregnancy. However, if your shot was administered at any other time during your cycle, you’ll have to use other forms of contraceptives for at least a week before the drug takes effect.

After taking your first shot, be sure to take note of when your next check up and shot administration will be (3 months from your first shot) by marking it on a calendar or having your partner remind you.

What Happens if I Miss One of My Shots?

If you miss your follow up shot and have had sex within 2 weeks after your scheduled shot, you may have to take a pregnancy test as the effect of the progesterone shot may have already worn off, exposing you to becoming pregnant.

What are the Birth Control Injection Side Effects?

The most commonly seen birth control injection side effects of Medroxyprogesterone acetate (MPA) are weight gain and menstrual irregularities.

Studies have shown that people typically gain an average of around 3 kilograms while taking MPA. Half of the people who take MPA have noted having irregularity in their menses during their first year of taking the drug.

After around 2 years, the menstrual irregularities occur less frequently and decrease the longer you take the contraceptives. In fact, some studies show that half the people actually experience amenorrhea (absence of menstruation) during their first year of taking the drug.

The most relevant birth control injection side effects of injectable include delayed return to fertility, unexpected pregnancy, uterine hyperplasia, and hemorrhage (when your uterus thickens), genitourinary infections, and vaginal cysts.

Injectable contraceptives are good for long-term protection from pregnancy and are reversible. The following are other advantages:

Am I Safe From Sexually Transmitted Infections?

As the shot only helps in preventing pregnancy, it does not physically form a barrier that could protect you from STIs, since these are usually spread via direct sexual contact. If you want to prevent STIs, it is recommended that you use barrier contraceptives.

What Brands are Available in the Philippines?

In the Philippines, DMPA (Depo-Provera), DMPA (Depo-Trust) and NET-EN (Noristerat) are the only available progestin injectables.

How To Boost Sex Drive While on Birth Control: 4 Simple Steps

Thinking of Getting an IUD? Here's What You Need to Know