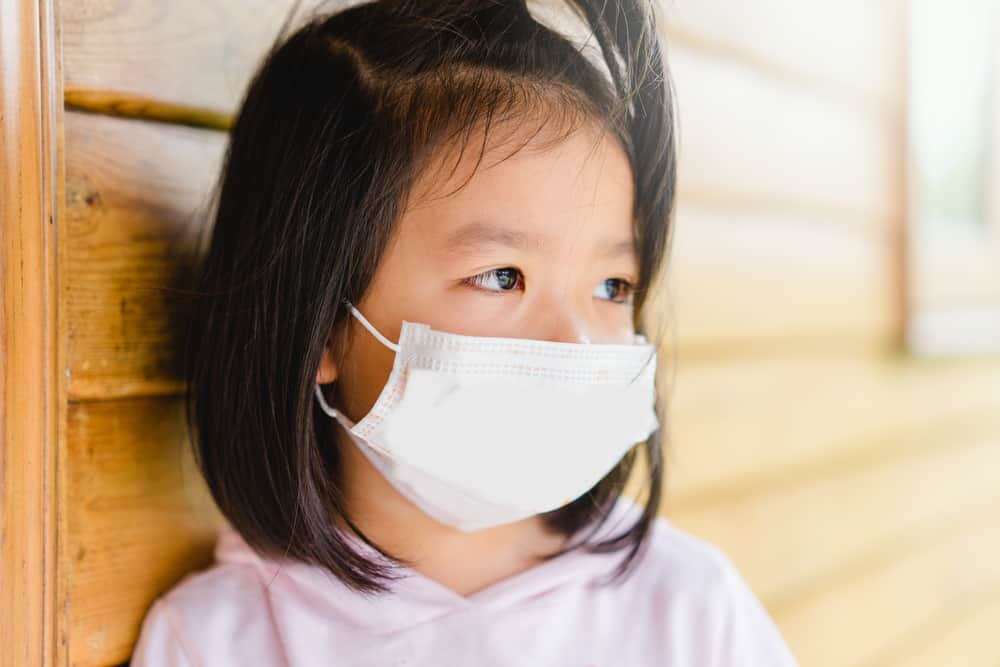 As a parent, there is nothing more important than ensuring that your child grows up happy and healthy. Their health and protection is your priority. But as they grow up to become more independent, heading off to school and such, the risk of them contracting illness also grows. Learn more about the most common health problems of preschoolers and what you can do to protect them .

What are the common health problems of preschoolers?

Your child heads to preschool when they are around three to five years old. Regardless of whether or not your child is in a formal learning program, they are still considered “preschool age,” because they are no longer toddlers.

During this stage of development, also called the “preschool years,” parents are encouraged to allow their children to explore their curiosity and learn more about the world around them. It is also at this stage that a child learns to become more independent and self-reliant.

When it comes to preventing and protecting them from common health problems of preschoolers, nutrition is key as they become more exposed to other children, adults, places and environments. A strong body and immune system is needed.

Here are some of the common health problems of preschoolers:

Children are more prone to getting the common cold because there are plenty of viruses that attack the sinuses. In fact, children can contract around eight to 10 colds per year, until they reach two years old.

If your child is especially vulnerable to getting a cold, it does not necessarily mean that they have a compromised immune system. Since there are over 100 types of cold viruses, young kids have yet to develop a strong defense against them at their age.

Over time, their bodies will become stronger as they develop an immunity to these diseases.

Children are more prone to ear infections or “otitis media,” because of how likely they are to contract upper-respiratory illnesses like colds, coughs, and sore throats.

Ear infections, one of the more common health problems of preschoolers, occur when the middle ear becomes inflamed due to fluid build-up behind the eardrum.

Ear infections may be alarming, but 5 out of 6 children usually contract the infection before they turn three. These infections usually occur after a sore throat, a cold, or any upper-respiratory tract infection.

How to Treat Ear Infection in Toddlers

One of the common health problems of preschoolers is Gastroenteritis. This condition is an infection of the bowel which causes diarrhea. It is accompanied by symptoms like abdominal pain, nausea, and vomiting. This is common among children and can usually be treated at home by giving your child lots of fluids.

Gastroenteritis is usually acquired when a child touches a surface contaminated with a virus that causes infection. To avoid this, teach your child the habit of proper handwashing.

Conjunctivitis is the infection of the “conjunctiva,” which is the transparent membrane that covers the white part of the eye. This can make the eye appear to be red or pink, hence the name “pink eye.”

This is one of the common health problems of preschoolers, especially those below five years old. It is usually caused by an allergic reaction. It is highly infectious, especially if a child comes into contact with contaminated discharge from the eyes, nose, or mouth.

Asthma in children and adults is not very different. In both cases, the lungs and airways become swollen and makes breathing difficult. Asthma can have many triggers like allergens, upper-respiratory tract infections, or even seasonal changes. Its symptoms can range from mild coughing to severe shortness of breath or wheezing while breathing.

Unfortunately, asthma cannot be cured, but it can be managed with medication and lifestyle changes.

One of the common health problems of preschoolers is hand, foot, and mouth disease. This mild infection is caused by the coxsackie virus and is most common among young children.

A child with hand, foot, and mouth disease usually develops sores in the mouth and a rash on their hands and feet. The symptoms are generally harmless and will go away within a few days.

Mumps is an infection of the parotid glands, which are glands found around the jaw that are responsible for the production of saliva. The classic symptom of mumps is puffy cheeks caused by the swelling in the parotid glands.

Though one of the common health problems of preschoolers, the infection does not cause any severe symptoms. In addition to the swelling, fever is also one of the symptoms. A person with mumps can infect others and spread the disease by sneezing or coughing.

Head lice is prevalent among children and is one of the peskier common health problems of preschoolers, because it is easily transmitted.

Head lice attach to the strands of the hair, and feed on small amounts of blood from the scalp, which can cause intense scalp itching among children. This can become very difficult to get rid of, because of how quickly lice is able to reproduce.

Today, there are many products available such as soaps and shampoos to treat head lice. If your child has head lice, it is best to seek treatment right away to avoid spreading it to other children.

Measles is a childhood infection that is one of the most contagious infectious diseases. It is characterized by a blotchy rash with spots that seems to be under the skin. It first starts around the face, then spreads to all parts of the body.

Measles can be deadly for younger children, but is easily avoidable through vaccination. Consult your pediatrician regarding children’s vaccines.

A pinworm infection is an intestinal infection that occurs when children ingest pinworm eggs. These eggs can grow into worms measuring about ½ to ¼ inch. Sometimes, these pinworms can also lay eggs in the skin surrounding the anus, which can cause itching.

As one of the common health problems of preschoolers, pinworm infection can be treated with oral medication. Frequent washing of clothes, underwear, and linens also help alleviate any symptoms caused by the infection.

Your child’s health is your topmost priority, but that should not be a reason to keep them from experiencing essential milestones in their early life. Although the threat of diseases is always a cause of worry, arming yourself with the right information about common health problems of preschoolers and infections is the right step towards becoming a well-informed parent.