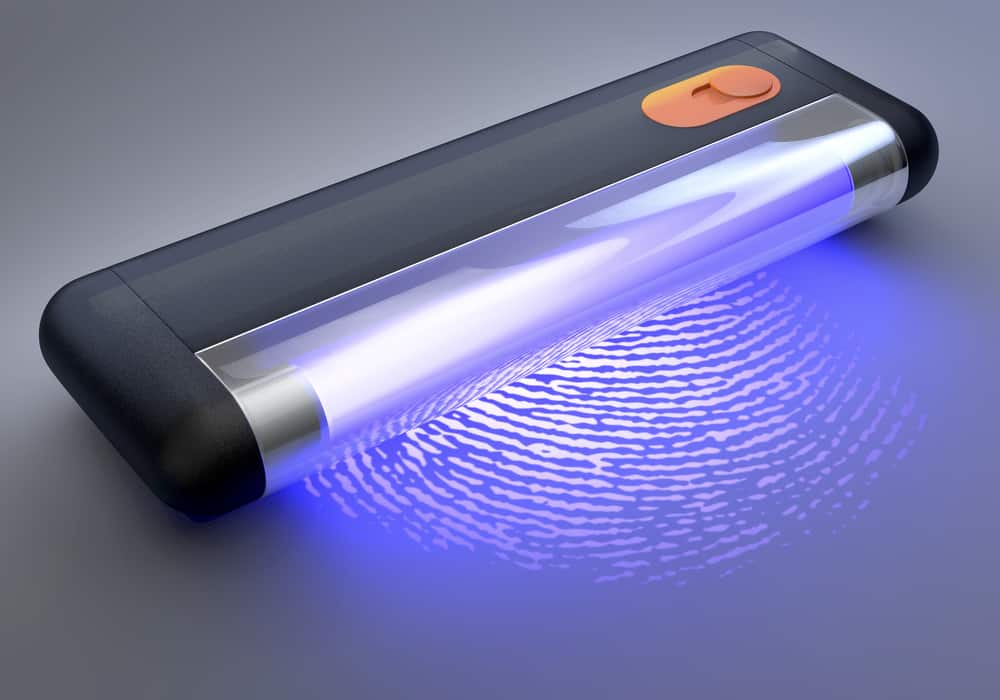 As the number of COVID-19 positive patients started to rise, there was a huge demand for disinfectants. People tried to get their hands on disinfectant sprays, sanitizing wipes, and of course, alcohol. This occurred in the hope of killing the virus and stopping the spread of infection. Now, researchers are looking at another possible way to get rid of the COVID-19 virus. Can UV light kill coronaviruses?

To answer the question: can UV light kill coronaviruses? we must first understand how it works as a disinfectant. Originally, we use UV lamps to kill bacteria and fungi, and to a degree, “break apart” some viruses. One of the UV infection control methods uses chemicals, while the other involves exposure to UV radiation light.

Due to its effectiveness, places where there’s a high risk of germ-spreading, like clinics and hospitals, employ ultraviolet-C lamps as a disinfection method. These lamps are installed high in the ceiling and emit UV light that kills germs after some time.

However, there’s a catch.

To fully take advantage of this germ-killing technology, the bacteria, fungi, or virus, must move high enough for the UV light to reach and kill them. Once the germs stay up in the air long enough to get killed by the radiation, the disinfected air will go back down to where people breathe.

According to Donald Milton from the University of Maryland, the UV lamps emit so much radiation that it can irritate people, especially their eyes. He emphasized that when they use the lamps to decontaminate objects, they make sure that no one is in the room. Additionally, they also use very little of the radiation for upper-room air disinfection to avoid eye irritation.

It’s safe to say that disinfection through UV light exposure is already a common practice, especially in hospitals. However, not everyone can install UVC lamps.

Can UV light kill coronaviruses? Is it possible for people to use a hand-held UV-emitting device? A recent study seems to suggest so.

How Does COVID-19 Saliva Testing Work?

To answer the question, can UV light kill coronaviruses, research is necessary. As explained by Penn State’s Roman Engel-Herbert, a hand-held UV light device may help kill the virus only if it can produce the high-intensity ultraviolet rays needed. The problem lies in the transparent electrode material being used since it cannot accommodate the required UV intensity.

The good news is scientists from two universities, the University of Minnesota and Penn State, might have found a way to produce the required level of UV light that could kill coronaviruses.

Can UV light kill coronaviruses? It’s possible, but they’ll need high-performance UV portable diodes, instead. Additionally, these diodes must be able to receive current for light transmission and it should be transparent to UV light.

While there was no possible solution to the strict diode requirements before, a newly discovered class of transparent conductors could be the key. The new material is strontium niobate.

After receiving strontium niobate from the Japanese collaborators, they proceeded in making the film for the diodes. The film will replace the original strontium vanadate, which falls short in providing the needed UV light intensity. Penn State’s Joseph Roth announced that they were successful in their goal.

Their research concluded that “strontium niobate is a suitable electrode material for high-performance UV light-emitting diodes for sanitation applications.”

With this study, experts know that a personal, hand-held UV light-emitting device is now feasible. Surely, we’ll still have to wait for further studies and on whether or not it’ll available to the general public.

UV Light and Its Dangers to the Body

Now that we have partially answered the question, can UV light kill coronaviruses, let’s proceed to some very important reminders. Generally, we understand that UV light or radiation poses some dangers. But what are these dangers and how will it affect us?

According to Dan Arnold of UV Light Technology, a company that provides disinfecting technology to different institutions, killing COVID-19 with UV light would “literally fry people.”

You see, there are three types of UV light from the sun and only one is capable of possibly killing the COVID-19 virus. Our skin can readily absorb the first type: UVA. UVA accounts for 80% of skin aging and wrinkling. Another type is UVB, which is harsher and could destroy the skin’s DNA, resulting in sunburn and possibly, skin cancer. Many sun creams in the market can “block” these two types of UV light.

The third, even more dangerous type, is the UVC. This one is highly dangerous, but we won’t have to worry about it because our ozone layer “filters” it. Scientists, however, have found a way to harness it for decontamination and sterilization purposes.

So, as an additional answer to the question, can UV light kill coronaviruses, we can say that UVC can. This is because it can “reliably inactivate” them. However, Arnold emphasizes that humans shouldn’t be exposed to it.

Arnold explains that while it’ll take hours of exposure to UVB before a person acquires sunburn, with UVC it’ll only take seconds. He added that if your eyes get exposed to it, you’ll get 10x the hurt you feel when you accidentally looked at the sun.

A New Type of UVC

Just recently, scientists have discovered a subtype of UVC, called Far-UVC. From the latest experiments, researchers concluded that this type does not damage the skin’s DNA. Still, we need more confirmatory tests. The downside is that Far-UVC cannot properly reach viruses and bacteria as they are “too small.” Despite this, it’s a promising angle to look into since some studies show it can prevent would infection in mice. Other experiments showed that it can also kill flu viruses suspended in the air.

Can’t We Just Rely on Sunlight?

After answering the question, can UV light kill coronaviruses, shouldn’t we just rely on sunlight? Wouldn’t the less harmful UVA and UVB suffice to kill the COVID-19 virus? Experts say it’s possible, but one should not rely on it. Today, there’s still no study to ascertain how long coronaviruses must be exposed to sunlight for it to be deactivated.

A study once exposed the SARS virus to UVA for 15 minutes. When the researchers check, they noted that UVA didn’t affect SARS’ infection power. However, you cannot entirely dismiss the idea as the study didn’t investigate what would happen with longer exposure. Additionally, it also didn’t experiment with UVB.

Can UV light kill coronaviruses? So far, the answer is yes, although you need to take into consideration a lot of things. We need to think of the type of UV light and equipment. So far, UVC lamps are available, but only for bigger establishments.

Currently, there are available portable UV-C sterilizers in the market. People use them to sanitize various surfaces such as tables and kitchen countertops. Additionally, you can also use the sterlizers to disinfect day-to-day objects, like cellphones, desktop computers, and even utensils.

In the Philippines, you can see a lot of online shops selling portable UV-C sterilzers as well. Some come in the form of lamps, while others are germicidal wands. The wands are highly in-demand as it’s compact and can be carried anywhere. These germicidal wands cost around 2,000 PHP.

Although it’s tempting to buy inexpensive lamps and wands from online stores, be sure to check the credibility of the shop you are buying from.

Can you kill coronavirus with UV light?
https://www.bbc.com/future/article/20200327-can-you-kill-coronavirus-with-uv-light
Accessed June 25, 2020

What Happens After Recovery From COVID?