Great news about the possibility of mixing vaccines! Due to...

Great news about the possibility of mixing vaccines! Due to limited supply of vaccines, this offers a great solution, if ever! 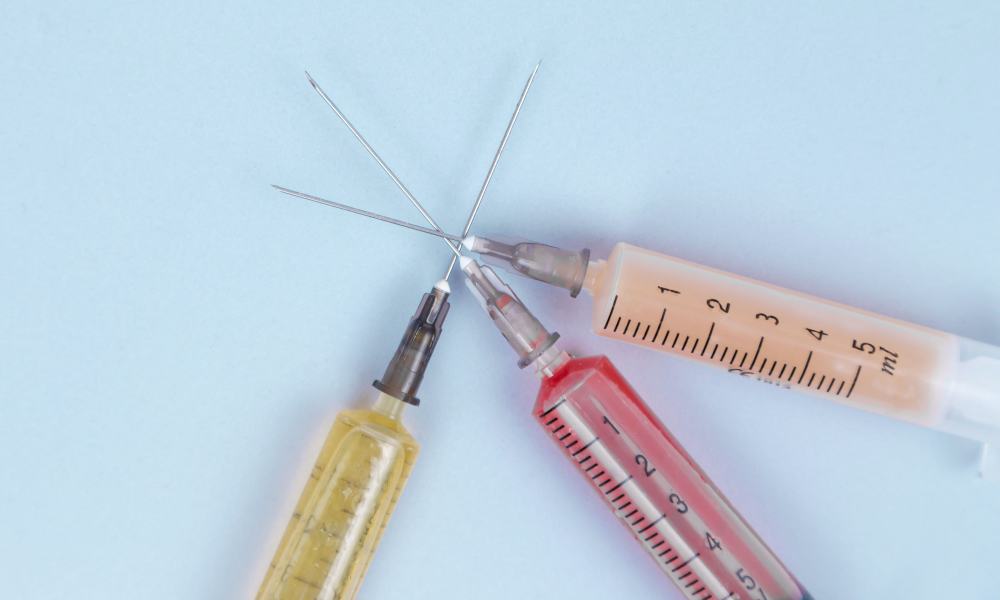 Mixing COVID vaccines is something that scientists and doctors have been considering, ever since the early development of COVID-19 vaccines. And based on the preliminary results of one study, it might be a safe and effective method of immunization.

The study, known as CombivacS, is currently ongoing in Spain and is backed by the Carlos III Health Institute. The goal of the researchers is to find out whether or not COVID-19 antibodies would increase if a patient received a mix of different vaccines for the first and second dose.

One of the reasons for the study was to address the issue of blood clots in younger people who received the AstraZeneca vaccine, and they were excluded from getting a second dose. Mixing vaccines could be a possible solution to this problem.

About 600 patients participated in the study, and the researchers divided them into two groups1. The first group, consisting of 400 people, all received the first dose of the AstraZeneca vaccine. The second group, comprised of 200 people, was the control group, and they have not received any vaccine whatsoever.

The researchers then gave a second dose of the Pfizer vaccine to the first group, and will be monitoring their COVID-19 antibodies for at least one year.

While the official results of the study have yet to be published, the preliminary results seem very promising. The antibodies of those vaccinated with the Pfizer vaccine went up significantly, even higher than those who received the AstraZeneca shot for their second dose.

“Today’s results support the possibility of vaccinating patients who have received the first dose from AstraZeneca, but the decision is not up to the investigators of this study.”

The researchers hope to see more promising results as the study goes on.

Are there other similar studies?

The CombivacS study is not the first of its kind. Another study, known as Com-COV, also looked at mixing the AstraZeneca and Pfizer vaccines.

According to the researchers, their early findings showed that patients who received a combination vaccine had more frequent mild to moderate reactions3 compared to those who received the same type of vaccine for the first and second dose.

Matthew Snape, Associate Professor in Paediatrics and Vaccinology at the University of Oxford and Chief Investigator for the study, said that:

“Whilst this is a secondary part of what we are trying to explore through these studies, it is important that we inform people about these data, especially as these mixed-doses schedules are being considered in several countries. The results from this study suggest that mixed dose schedules could result in an increase in work absences the day after immunisation, and this is important to consider when planning immunisation of health care workers.

‘Importantly, there are no safety concerns or signals, and this does not tell us if the immune response will be affected. We hope to report these data in the coming months. In the meantime, we have adapted the ongoing study to assess whether early and regular use of paracetamol reduces the frequency of these reactions”

As of the moment, however, the researchers have yet to release their findings on the effectiveness of mixing COVID vaccines.

Why would people want to mix COVID vaccines?

One of the big reasons why scientists and doctors are studying the effects of mixing vaccines is for flexibility4.

In the Philippines, vaccines are in extremely short supply. This means that a person could get their first dose, and wait a long time for their second dose. This means that they can still be at risk for infection.

Mixing vaccines could make it so that people can get vaccinated as soon as there is an available vaccine. So if there’s a problem with the supply, those who are waiting for their second dose can be vaccinated with whatever vaccine is available.

There is also the possibility that mixing vaccines could improve the effectiveness even further. However, this is still being studied, and conclusive results have yet to be established.