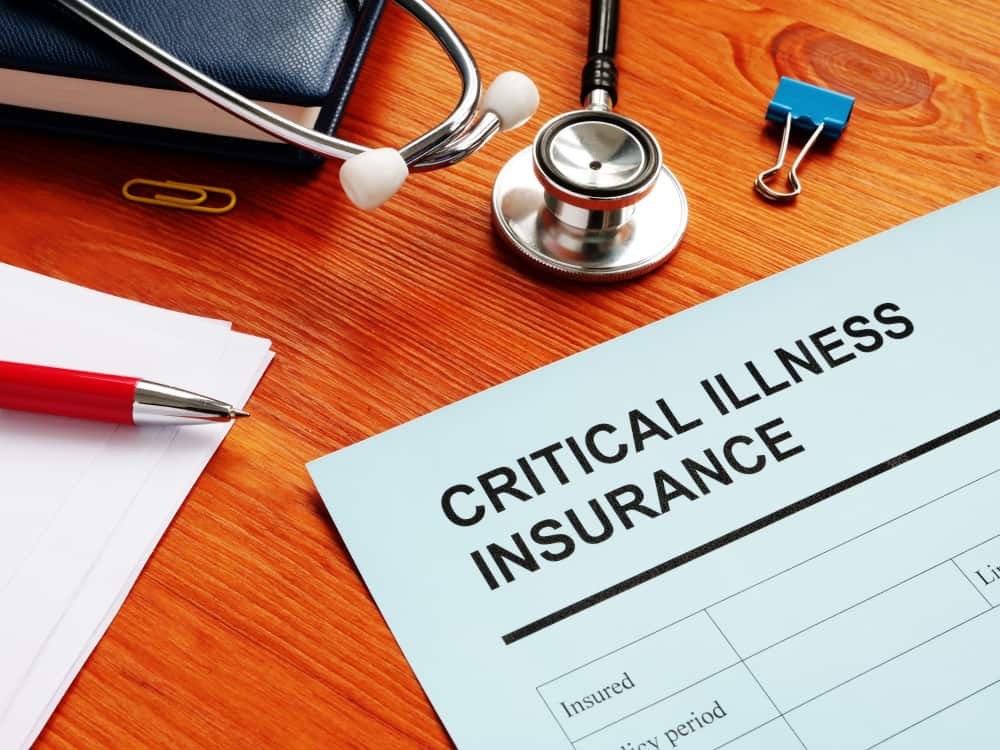 The COVID-19 pandemic has placed health as a top priority for everyone. While stuck at home, many of us probably came across different advertisements of health insurance plans.

In this article, you will be given a comprehensive overview of critical illness health insurance so you can decide whether you need to get one.

What is critical illness health insurance? What does it cover?

Critical illness insurance is a type of health insurance that gives you a one-off payment once you get diagnosed with a serious illness. The list is pretty extensive, but almost all companies include conditions like stroke, heart attack, terminal illness, and certain types and stages of cancer.

Depending on your plan, it may also cover certain procedures such as insertion of pacemakers and brain shunts.

Some companies like Prudential also offer gender-specific critical illness coverage, which just means that the diseases covered will vary depending on biological sex. Take breast cancer for example. Although it can occur in men, it predominantly occurs in women. It would therefore be logical for critical illness plans for women to include breast cancer. And this can be replaced by cancers more common in men such as prostate cancer.

The one-time payment for critical illness health insurance plans also results in the termination of the policy, meaning you can avail of the payout only once.

However, the advantage of having critical illness health insurance is the fact that you can use the money however you please – to add to your treatment budget, to pay for bills, or to support your family’s needs.

It is ideal for those who heavily rely on their income from working, as the illnesses covered usually translate to hours taken off of work or a disability that may prevent you from returning to work right away. It is also good for people who do not have workplace-covered benefits for sickness and those who may not have enough savings to cover for other payments like bills and debts if they get diagnosed with critical illnesses.

What makes it different from a regular health insurance plan?

Regular health insurance plans usually cover hospitalizations, medical procedures, and consultations. They do this either by paying for you upfront or reimbursing you after you pay for the services yourself. Critical illness insurance is meant to be an additional cover in case you are diagnosed with the conditions mentioned in the previous section.

You often get different benefits from both kinds of plans, but your chances of needing critical illness coverage are likely less than your chance of needing services offered by regular insurance.

These two usually come as two separate plans for many companies, but some insurance providers offer a hybrid between them, usually offering general health insurance with a critical illness coverage ‘rider’.

This ‘rider’ is considered an additional service, and they will usually ask you to top up a certain amount in addition to the ‘premium’ or the amount you pay for the regular health insurance policy such as Pacific Cross’s Critical Care Extra. In other cases, it is a true combination policy, combining certain benefits from both kinds of plans, such as in the case of AXA’s Health Start Lite and Manulife’s Critical Illness Insurance Health Choice.

In addition, regular health insurance plans may also be tied to a health maintenance organization (HMO) which connects you to doctors within their network, while critical illness plans usually are not since they allow you to use the money you receive as you see fit. Both plans usually offer benefits alongside any coverage from state-issued insurance such as PhilHealth.

What is the usual range of premiums and coverage?

The exact amount you will pay as a premium depends on a number of factors: age, current health, health history, smoking status, occupation, and the level or amount of coverage you want. Depending on the perceived risks from these factors, you may have to pay a higher premium or some illnesses may be excluded from your policy.

Expect to pay at least Php 2,000 a year depending on your health needs and risks. The premiums are usually computed mostly from the coverage you want to receive in case you do get sick, which can be anything from Php 250, 000 to millions of pesos. The terms of payment also vary, but the majority of companies will require full payment within a month of purchasing the plan.

What should you look for when purchasing critical illness health insurance plans?

It cannot be overstated: health insurance plans are highly individualized. It is best to look at your options first and see which one will work best for you. Will you choose company A who will cover this disease that runs in your family in exchange for a higher premium or company B that excludes it from the list of diseases covered?

Do you want gender-specific insurance? Do you have an existing general health insurance plan that offers a critical illness rider? The answers to all of these questions will depend on you, and the ultimate decision of whether you will purchase this type of insurance does too.

Now you know the basics of critical illness health insurance plans. If you think you will benefit from this type of insurance, go do more in-depth research.

Talk to friends or family and see what kind of plans they have. Read reviews of other policyholders and review the fine print of any policy drafts before signing and paying. Ask the insurance people all the questions you need answers to. You may be placing much of your future in their hands, so you deserve to know!

What Does Basic Health Insurance Cover?