Better Than Remdesivir: What You Need To Know About Merck’s Molnupiravir 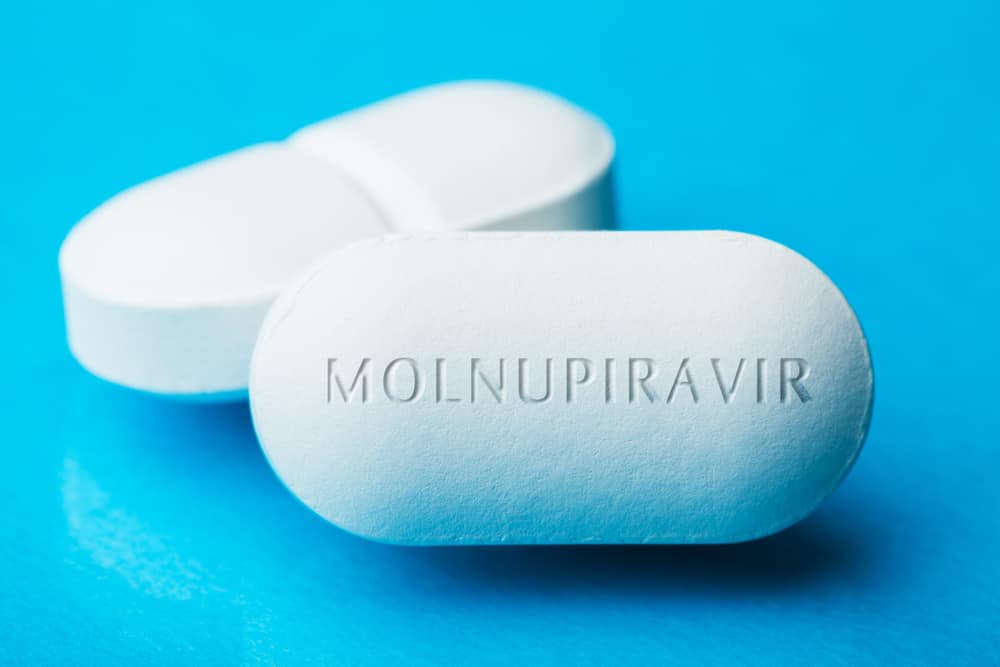 Named after Mjölnir, Thor’s hammer in Norse Mythology, molnupiravir might just be the world’s first antiviral pill for COVID-19. The latest study shows that it cut hospitalization and death by half when given to high-risk patients early in their infections. Here’s what you need to know about molnupiravir.

You might be interested to know that Merck & Co. developed molnupiravir. They are the same pharmaceutical company that manufactures Ivermectin, the controversial antiparasitic drug many believe works against COVID-19. To address this, Merck issued a statement saying pre-clinical studies don’t show a scientific basis for Ivermectin’s potential therapeutic effect against SARS-CoV-2 infection1.

2. The Pill Works by Triggering Genetic Errors in the Virus

Researchers found that molnupiravir works by triggering errors in the virus’ genetic code, disabling it from replicating. With no replication, or reduced replication, there might be a lower viral load, shorter illness duration, and decreased possibility of severe symptoms.

The latest study in August divided 775 COVID-positive participants into two groups: One received placebo; the other received molnupiravir.

Results showed that placebo pills produced a 14% rate of hospitalization and death. Meanwhile, only 7% of those who received molnupiravir were hospitalized and none died2.

Another study involving 202 participants noted that the antiviral is effective in reducing viral load in patients. On Day 5 of treatment, the researchers were not able to detect any virus from participants who received 400 to 800 mg of molnupiravir3.

3. Treatment Course Only Lasts for 5 Days

At this point, you must be wondering: If ever, how do I take molnupiravir?

If things work out the way Merck envisions them to, doctors will prescribe molnupiravir to patients, and they will buy the drug from pharmacies.

Patients should follow the doctor’s prescription, but in a general, they will need a total of 40 pills: 4 pills taken twice a day for five days4.

Currently, remdesivir is the only antiviral drug for COVID-19, but some clinicians are not happy about it.

For instance, an investigation in Norway involving 23 hospitals noted that remdesivir “did not affect the degree of respiratory failure or inflammatory variables in plasma or serum5.” Another large study also pointed out that remdesivir does not increase a patient’s survival against COVID-196.

Molnupiravir, on the other hand, not only potentially reduces hospitalization and death by half, but it can also reach more people. Unlike remdesivir, which is infused in intravenous fluid usually during hospitalization, molnupiravir pills are prescribed early in the diagnosis.

5. Merck Has Plans to Manufacture Molnupiravir for Poorer Countries

Merck plans to seek Emergency Use Authorization from the US Food and Drug Administration as soon as possible, but it also plans to manufacture the antiviral in poorer countries.

In fact, Merck has already entered into licenses with 8 generic drug manufacturers in India in the hopes of supplying the drug to more than 100 countries.

6. Its Potential Is So Strong, Experts Asked To Stop the Trials

Another interesting thing about Molnupiravir is that an independent board of experts suggested stopping the trial because the antiviral’s benefits proved to be convincing. Also, the independent company said the FDA agreed to their suggestion.

The US government also placed an advanced order of treatment worth 1.7 million USD.

7. Molnupiravir Is NOT a Substitute for Vaccination

Finally, as strong as Mulnipuravir’s potential benefits are, it’s still no substitute for vaccination.

The antiviral may be able to reduce the risk of severe infection, hospitalization, and death by 50%. But remember that vaccines do that, too, by 100%.

Furthermore, getting the vaccine is free for all. Molnupiravir, on the other hand, might only be given to people who are at a higher risk of contracting a severe infection. And if the pill successfully obtains Emergency Use Authorization (EUA) in the Philippines, we’re not sure if it will be free.

Merck’s Molnupiravir might just be the world’s first antiviral pill for COVID-19. Their latest study showed that the pill reduced the risk of hospitalization and death by 50%. The pharmaceutical company also said they will seek EUA as soon as possible. They also plan to manufacture the pill for at least 100 countries.

1 Merck Statement on Ivermectin use During the COVID-19 Pandemic, https://www.merck.com/news/merck-statement-on-ivermectin-use-during-the-covid-19-pandemic/, Accessed October 4, 2021

4 Merck Says It Has the First Antiviral Pill Found to Be Effective Against Covid, https://www.nytimes.com/2021/10/01/business/covid-antiviral-pill-merck.html, Accessed October 4, 2021