Common Eye Diseases in the Philippines: The Most Prevalent 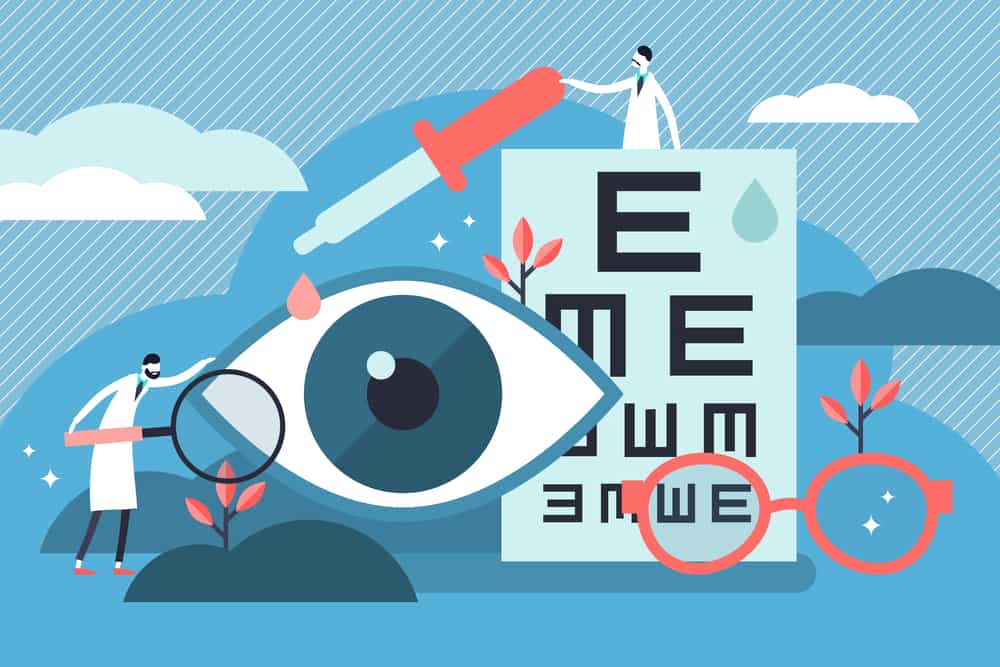 Listed below are some of the most common eye diseases in the Philippines.

Astigmatism occurs when there are imperfections pertaining to the cornea or lens of the eye. Normal eyes have cornea and lens that are equally smooth and proportional, which allows the focus of light rays to travel to the retina. Uncorrected astigmatism, especially in adults, will begin to reflect once patients notice a decrease in vision quality. Astigmatism is sometimes coupled with or is related to a refractive error.

Also known as pink eye, conjunctivitis refers to the irritation of the eyes due to infections or allergies. It is characterized by the swelling and red color of the eyes, with the presence of discharge at times. Conjunctivitis may either be bacterial, allergic, or viral,

Refers to a problem with the retina. This occurs when a part of the retina, called the macula, sustains damage. The degeneration of the macula leads to a loss of central vision and difficulty to process fine details. Additionally, peripheral vision is not affected by macular degeneration.

Blepharitis refers to the eyelids’ inflammation. They may appear swollen, red, and produce a burning or sore feeling. At times, a crust may be formed at the base of the eyelashes. Blepharitis is a common eye disease, especially for people that have dandruff and oily skin.

Occurs when the retina lifts and moves away from the back of the eye. As a result, the retina fails to work as intended, thus causing vision to become blurry. Immediate medical attention is required if you have a detached retina.

Amblyopia or lazy eye refers to an eye disease that causes reduced vision in one eye due to abnormalities in development during early stages in one’s life. It generally develops from birth up to seven years of age. Lazy eye rarely affects both eyes.

Also known as a hordeolum, refers to a usually small, painful and reddish lump that grows out from the eyelash’s base, or at times, under the eyelid. A majority of styes are a result of bacterial infections. Styes may be internal or external.

Is tantamount to a combination of oil, skin cells, mucus and debris that accumulates in the corner of one’s eye during sleep. Its texture or substance depends on how much of the discharge has evaporated. This affects almost all people, but may be identified as a disease or infection when a difference in consistency, quantity, and color of the discharge is noticed.

Refers to a progressive eye disease that may lead to vision loss for both eyes. The disease targets the macula, which is located at the back of the retina and is responsible for processing finer details, reading, and central vision.

Heterochromia is a condition that occurs when the two eyes’ irises have different colors. This usually happens when infants are born, or when they develop it soon after birth. This is called congenital heterochromia. Though this condition has no direct adverse symptoms, it can be a precursor for more serious health conditions, such as Horner’s syndrome, Bourneville disease, and many others.

Otherwise known as farsightedness, and the opposite of myopia, though both are refractive errors. Hyperopia causes the eye to be unable to properly refract light to focus on images. As such, objects from a distance look clear, but closer objects appear blurred or faded.

People are affected by keratoconus when the cornea thins out and shapes itself similar to a cone-like structure. As a result, light rays coming into your eyes turn out of focus, and cause your vision to become blurry and distorted. This will have implications on the performance of daily tasks such as driving and reading.

Nearsightedness or myopia is basically regarded as the opposite of hyperopia. Both conditions are refractive errors, and the effects of myopia cause afflicted individuals to see closer objects very clearly while objects at a distance are faded and blurred.

Cataracts cause the lens of the eye to become cloudy. When trying to focus on images, things may appear to be hazy, blurry, less colorful, and harder to see clearly. People affected by a cataract compare their vision to that of looking through a dusty windshield of a car, or through a very foggy mirror.

In conclusion, common eye diseases have a wide array of types and each usually indicates damage in a part of the eye or a related organ. It is imperative to get in touch with a medical professional when you begin to experience symptoms related to your vision, as immediate and appropriate action is the best way to combat some of the more common eye diseases in the Philippines.

Cause of Eye Discharge and Possible Underlying Conditions

Common Eye Conditions Symptoms: What You Should Know