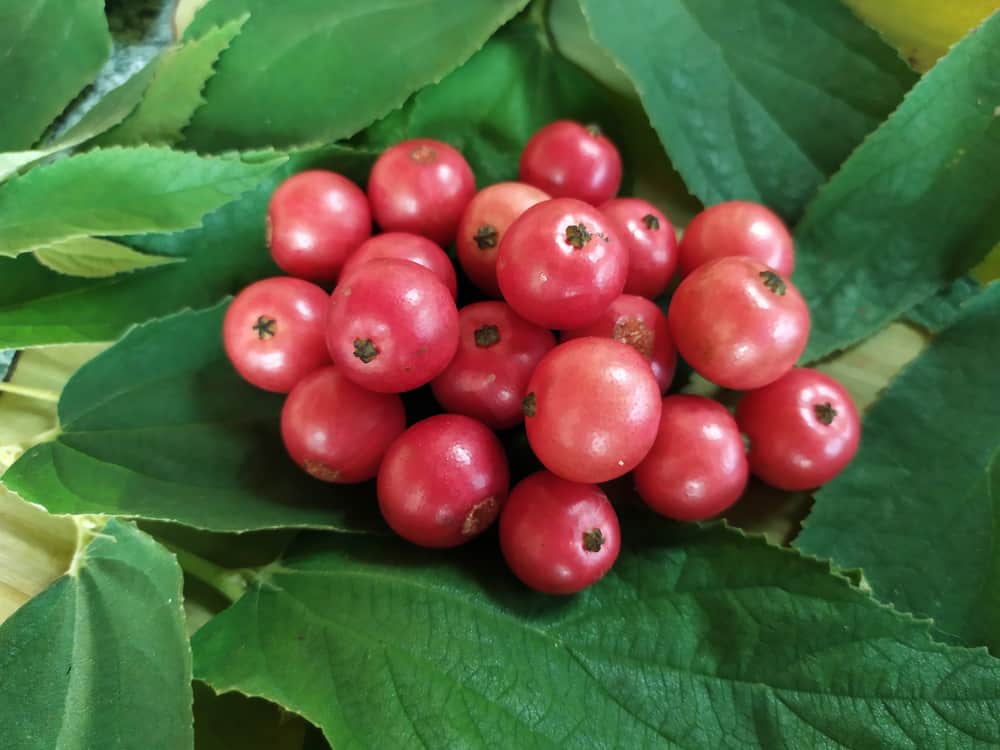 In 2019, a student scientist, Maria Isabel Layson, discovered that aratiles (kerson fruit) contain bioactive compounds that may help cure diabetes. Layson even won the National Science and Technology Fair and competed in the Intel International Science and Engineering Fair held in the United States. How can this fruit help manage diabetes? What are the other aratiles fruit medicinal uses? Find out here.

Aratiles Fruit: Can It Cure Diabetes?

The bioactive compounds Layson enumerated in her study include anthocyanin, flavonoids, and polyphenol.

According to research, anthocyanins can lower blood sugar by protecting the beta cells of the pancreas, increasing insulin secretion, improving insulin resistance, boosting liver function, and inhibiting carbohydrate hydrolyzing enzymes [2], which are keys for digestion and carbohydrate absorption3.

Besides aratiles, you can also get anthocyanins from blackberries, blueberries, cranberry, and cherries.

As for flavonoids, a report mentioned that naturally occurring flavonoids possess anti-diabetic effects. Moreover, flavonoids demonstrate the ability to prevent diabetes and its complications. The researchers attribute this to flavonoid’s capacity to regulate glucose metabolism, lipid profile, and hepatic enzyme activities [3].

Many fruits and vegetables contain flavonoids. Other sources include tea and red wine.

Various fruits and vegetables, nuts and seeds, as well as coffee and tea also contain polyphenols.

While aratiles shows excellent potential in helping manage diabetes, we still need further studies about it. Eating aratiles in small amounts might be generally safe. However, refrain from using them to treat your diabetes mellitus without your doctor’s approval.

Besides its potential to help cure diabetes, the other aratiles medicinal uses include:

Protecting us from diseases

Reports say the kerson fruit is rich in antioxidants. These are substances that protect the cells from free radicals, which experts believe play a significant role in some diseases, including heart diseases and cancer.

It helps with inflammation

Another report noted that aratiles fruit extracts possess potent anti-inflammatory activity. This supports the fruit’s folkloric use in pain and inflammation control.

In an animal study, too, the fruit extracts reduced the edema of a rat subject within just three hours. Researchers said the effect was comparable to that produced by indomethacin, a standard non-steroidal anti-inflammatory medicine [5].

It has antibacterial properties

Did you know that aratiles fruit has antibacterial properties? In one report, the researchers discovered that the methanol extracts from leaves and fruit showed antibacterial activity against Escherichia coli and Staphylococcus aureus [6].

To give context, E. coli is the most common cause of urinary tract infections, while S. aureus typically causes pneumonia and skin infections.

It may help relieve ulcers

Research found that the ethanolic extract from the aratiles fruit leaves reduced the acidity of gastric content in the ethanol-induced gastric ulcer model. Investigators noted that it was also beneficial for indomethacin-induced gastric ulcers and that its effects were comparable to that of ranitidine, a medication used to reduce stomach acid [7].

Aratiles or kerson fruit is common in the Philippines. Back in 2019, a student scientist discovered that it might potentially cure diabetes. This is mainly due to its bioactive components, namely anthocyanin, flavonoids, and polyphenols.

Besides being a potential diabetes cure, the aratiles fruit also exhibited high antioxidant content, anti-inflammatory activity, antibacterial properties, and might even help with ulcers.

While this fruit is generally safe to eat in food amounts, please refrain from using it to treat any health condition you might have unless you have your doctor’s approval. This is particularly true if you’re already taking some medicines for your health concern.

3) Evaluation of the Inhibition of Carbohydrate Hydrolyzing Enzymes, the Antioxidant Activity, and the Polyphenolic Content of Citrus limetta Peel Extract, https://www.hindawi.com/journals/tswj/2014/121760/, Accessed September 20, 2021

4 Helpful Tips to Prevent Diabetes in your Family Line According to Dr. Ayi Faller

Does Sugar Cause Diabetes Or Are Other Factors to Blame?