Wart or mole changes: When is it a Sign of Skin Cancer? 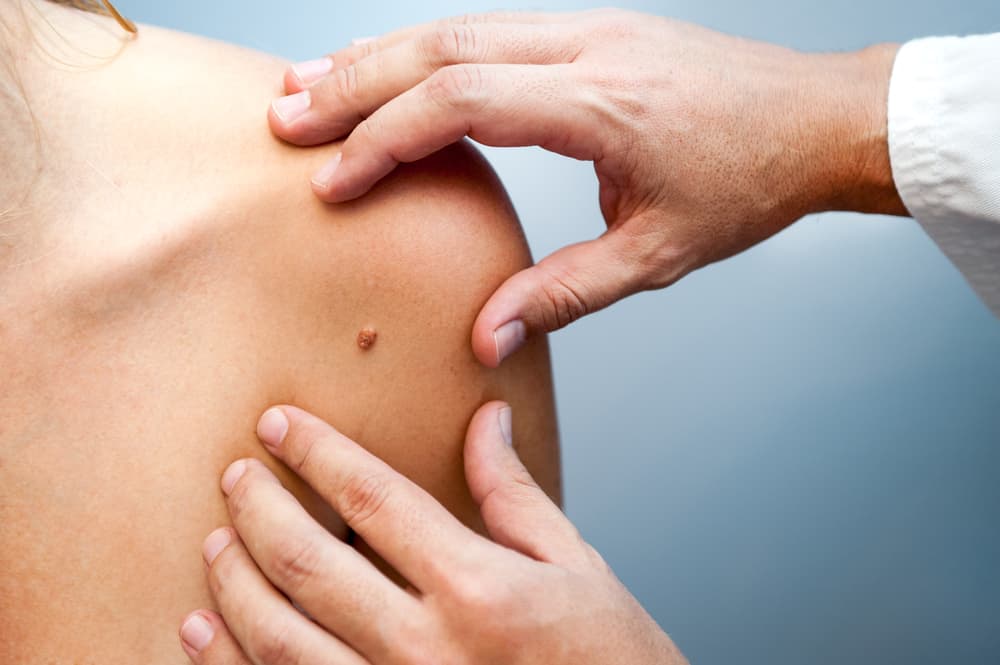 Research has found that an obvious change a wart or mole could indicate cancer.

The skin is the body’s largest organ. It plays a vital role in the body’s protection against infection, mechanical damage, and high temperatures. However, because of its function as the body’s protective barrier, it can also be vulnerable to diseases and conditions such as skin cancer.

Skin cancer has become more prevalent in recent years due to the current situation of the earth’s ozone layer. The World Health Organization estimates that there are 2 to 3 million cases of skin cancer diagnosed each year.

Learn more about skin cancer, and what are the particular signs or changes in the skin to look out for that may be a cause for concern.

Skin cancer occurs due to mutations that result in malfunction and uncontrolled reproduction of cells in the epidermis (the outermost layer of the skin).

Although skin cancer can be attributed to the harmful ultraviolet rays that come from the sun or artificial light, scientists are still unsure as to why skin cancer can develop in areas of the skin which are not exposed to harmful light rays.

Skin cancer can occur in the different cells located in the epidermis, namely:

A Sore that doesn’t Heal – Is it a Sign of Cancer?

Types of Skin Cancer and Their Symptoms

Skin cancer can develop on any part of the skin, but will typically start in areas that are most exposed to the sun such as the arms, hands, legs, chest, ears, neck, lips, face, and even the scalp.

Risk factors such as having many moles, or having skin on the fairer side can increase a person’s chances of skin cancer.

However, sun exposure isn’t the only reason why skin cancer develops. In some cases, especially for those who have a darker skin tone, skin cancer can develop in places that aren’t really exposed to the sun.

The following are the types of skin cancer and the symptoms that one should look out for.

BCC usually occurs on the parts of the body which get the most sunlight exposure such as the neck, arms, or head. Basal Cell Carcinoma that is detected early can be easily treated before it can cause any serious damage to the area where the cancer developed.

Symptoms of Basal Cell Carcinoma include:

Squamous cell carcinoma is skin cancer in the squamous cells located in the outermost layer of the skin or the epidermis. It is usually caused by the damage resulting from long-time exposure to UV light, either from a natural or an artificial source. SCC can develop in areas which are most exposed to the sun such as the scalp, ears, head, neck, or the hands.

If left untreated, the SCC can cause damage to the deeper layers of the skin which can result in disfigurement. The cancer can also travel to the other parts of the body through a process called metastasis.

Symptoms of Squamous Cell Carcinoma include:

Melanoma is referred to as the deadliest form of skin cancer because of its tendency to spread to other organs in the body. This form of skin cancer can form on any part of the body, even on the surfaces of the skin that have not been exposed to the sun such as underneath the nails or the trunk.

The American Cancer Society recommends the “ABCDE rule” in spotting the early signs of a melanoma. The steps in the ABCDE rule are as follows:

It’s important to take note that a single symptom doesn’t necessarily mean that you have skin cancer. If you’re concerned about any visible changes in your skin, contact your general practitioner or doctor so that you can get screened as soon as possible. Most skin cancers that are detected early can be treated and cured.

Skin cancer is a cancer that develops in the cells located in the epidermis, which is the outermost layer of the skin. This type of cancer has numerous types with specific symptoms to look out for.

In general, any sudden and obvious change in a wart or mole and other areas of the skin that are exposed to the sun may be an indication of skin cancer. So it’s best to seek medical advice as soon as possible.

Mouth Cancer: Everything You Need to Know

Bobby Joseph on Life with Stage 4 Cancer: ‘You Have to be Grateful’