The Link Between Air Pollution and Cancer 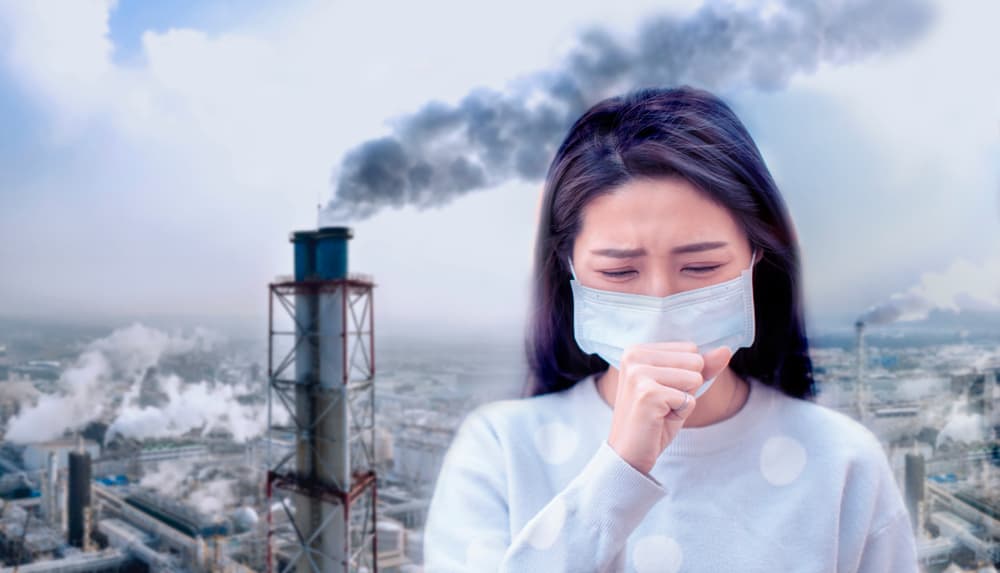 One of the most concerning environmental issues our country is facing today is Manila air pollution. Air pollution is the presence of harmful particulates in the air, a mixture of soot, smoke, mold, pollen, methane, and carbon dioxide, among many others, that can be harmful to human health. Air pollution is a leading cause of cancer.

Not only is air pollution an environmental issue, undesirable air quality is also a health hazard. Short-term effects of air pollution include sneezing, coughing, eye irritation, headaches, and dizziness.

Long-term effects, on the other hand, include cardiovascular diseases, chronic respiratory illnesses, and allergies.

Air Pollution is a Leading Cause of Cancer

In 2013, the World Health Organization International Agency for Research on Cancer (IARC) declared outdoor air pollution to be a cancer-causing agent, also known as carcinogen.

Prior to this conclusion, the IARC had already classified many different components of air pollution as carcinogens, such as diesel engine exhaust and dust, as well as particulate matter (extremely small solid particles or liquid droplets found in the air).

The IARC conclusion was based on more than 1,000 scientific papers from studies across five continents. And according to the IARC, the major sources of outdoor air pollution come from emissions from the transportation sector, the industrial and agricultural sector, power generation, and residential heating and cooking.

In the same year, an eight-year old girl was declared to be China’s youngest ever lung cancer patient. According to the American Lung Association, her doctor said that her lung cancer was because of the significant increase of air pollution in China.

The Philippines: ‘Among the World’s Most Polluted Countries’

In 2018, the Philippines was declared by the World Health Organization as the country with the third highest number of deaths due to air pollution with 45.3 deaths per 100,000 individuals. In February of 2020, the Philippines ranked 57th out of 98 in IQAir’s “World’s Most Polluted Countries” of 2019.

The safety limit for pollution, according to the World Health Organization, is 10 μg/mᶟ, meaning the Philippines’ 17.6μg/mᶟ has exceeded safe levels.

The Philippines’ pollution levels are ranked “moderate” on the US Air Quality Index. This means that sensitive individuals are recommended to avoid outdoor activity, as breathing the air outside may cause respiratory symptoms.

And while the Philippines ranked lowest in the level of pollution in Southeast Asia, most of the cities included in the study exceeded WHO’s safety limit.

Air Pollution is a Leading Cause of Cancer: Who is at Risk?

According to Dr. Norman Edelman of the American Lung Association, “Anyone who lives where particle pollution levels are high is at risk. Some people face higher risk, including children, the elderly, people with lung and heart disease and diabetes, people with low incomes, and people who work or exercise outdoors.”

Genetics also play a huge factor in determining a person’s risk for lung cancer. Though genetics are already a risk factor, air pollution is leading cause of cancer that increases this risk.

According to the American Cancer Society, people who have immediate family members that were diagnosed with lung cancer at a young age are at a higher danger, though it is not clear how much of the risk is due to genetics and how much is from shared household exposures.

Lung cancer can go undiagnosed for a long time. And since symptoms typically do not manifest early, it can result in late diagnosis.

Because there are fewer nerve endings in the lungs, the growth of a tumor in the lungs can often be painless.

Air Pollution is a Leading Cause of Cancer, such as Lung Cancer

Watch out for the following symptoms:

In addition, since symptoms do not show until late, there are cases when the cancer has spread to the other parts of the body. This can manifest in other symptoms such as:

Lung cancer is diagnosed through a series of tests.

Treatment is always available, and is done several ways, depending on the type of cancer and how far it has spread.

Local environmental groups called on the Philippine government to take immediate steps to improve the quality of air in the country. Greenpeace Southeast Asia reported that toxic emissions cost Filipinos as much as 1.9% GDP loss and 27,000 premature deaths.

The group also suggested for the government to declare air pollution as a national issue. They also urged the government to update the Clean Air Act. This includes a transition plan for our industries to stop the use of coal energy and fossil fuels. According to the CEO of IQAir, Frank Hammes, “While the new coronavirus is dominating international headlines, a silent killer is contributing to nearly 7 million deaths a year: air pollution.”

Collective effort is needed to change the fact that air pollution is a leading cause of cancer. And we can always help make the community a better place to live and breathe in. Don’t smoke, and walk whenever you can to reduce the number of cars on the road.

Urge your local and national government to create ordinances that address air pollution. Lower your risk for lung cancer and stay indoors as much as possible, avoid secondhand smoke, and wear a mask when going outdoors. Remember, it is polluted outside, and you can never be too safe.

Lung Cancer: Back Pain Can Be a Possible Symptom

Could a Frequently Sore Throat Be A Sign of Cancer?