Important Facts About the Polio Outbreak in the Philippines 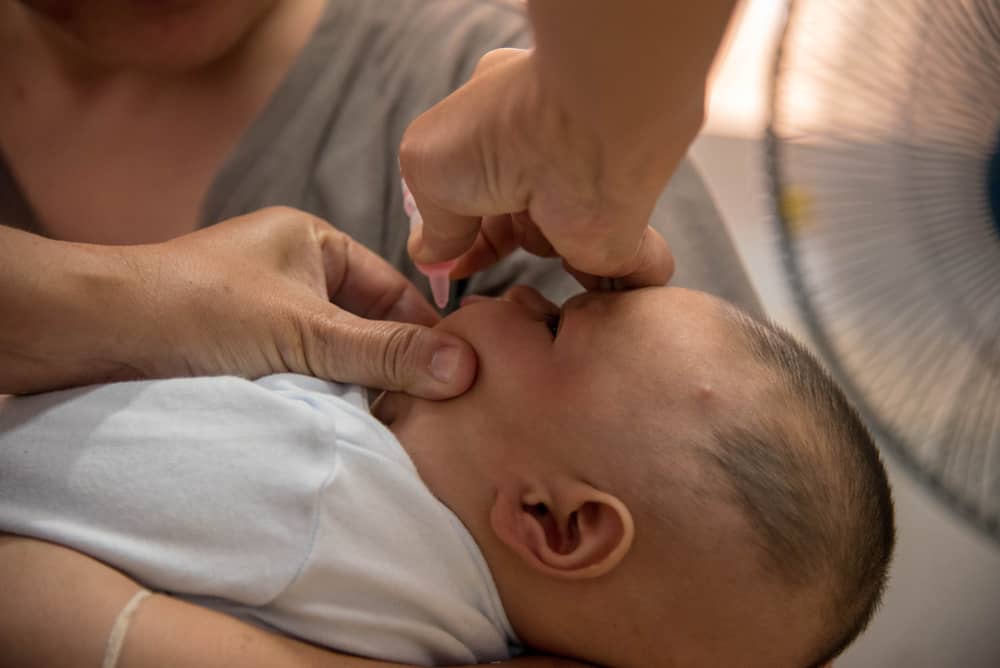 After 19 years of being Polio-free, the Philippines declared a polio outbreak in 2019. This is why it’s important to know how to prevent Polio in the Philippines.

How to Prevent Polio in the Philippines: Tracing its Causes

Vaccine-derived polioviruses are very infrequently occurring strains of poliovirus that undergo changes in their genetic structure.

They arise from the live “weakened” virus that is present in the oral polio vaccine. These changes can only occur after long-term transmission between people.

Polio spreads more easily in communities where fewer people are vaccinated against the virus. Poor hygiene and sanitation also make things worse. Widespread immunization of populations reduces and eliminates the incidence of both wild polio virus and vaccine-derived poliovirus infections.

The National Polio Laboratory at the Research Institute for Tropical Medicine and other major disease research institutions then confirmed the patient to be positive for polio.

They determined that the infection was caused by a virus, which is genetically related to vaccine-derived poliovirus type 2 (VDPV2).

So far, the Philippines have been doing well in preventing this disease. It is therefore important that Filipinos step up in the fight to prevent polio in the Philippines.

As of November 5th 2019, there were 4 confirmed cases by the same strain of the virus found in the first case. The 2nd case, a 5 year old boy from Laguna Province.

This was not the first outbreak of a disease in 2019. There was one of which measles was the culprit in February. The blame was placed on the public’s distrust for the Philippines poor healthcare system.

Poor health awareness also explains why people do not know how to prevent polio in the Philippines.

In May 2020, the cases of Polio rose to 17, with the latest being a 1-year-old boy from Cabanatuan, Nueva Ecija.

Polio is the short form of poliomyelitis, also referred to as infantile paralysis. In about 0.5% of cases, infection with the poliovirus causes an inability to move due to weakness of muscle groups which worsens over a few hours to a few days.

This weakness most often involves the lower limbs, but might also include the head, neck and diaphragm.

Polio is usually not fatal and most people even achieve full recovery. In the 0.5% that get symptoms of muscle weakness, 2 to 5% of children die while in adults, mortality is higher at 15 to 30%.

What are the Symptoms of Polio?

In as many as 70%, there are no identifiable symptoms of the disease. Years after recovery, a condition known as as post-polio syndrome may occur. The main symptom for this condition is weakening of the muscles, similar to polio.

How is Polio Transmitted?

Polio mainly spreads through the feco-oral route, or through infected fecal matter. It could be water or food borne, but in rare cases, it can be transmitted through saliva. In those without symptoms (asymptomatic), transmission is possible for up to six weeks after infection.

Diagnosis of disease is by virological studies with feces as sample or by finding antibodies against the virus in blood. It is a disease whose natural occurrence is exclusively in humans. It is therefore crucial for us to know how to prevent polio in the Philippines and around the world.

Due to effective implementation of poliovirus vaccination since the mid-1950s, there has been a massive decline in many developed nations.

The Eradication of Polio Globally

The WHO, UNICEF and The Rotary Foundation since 1988 have spearheaded efforts to eradicate polio globally. Their contributions have resulted in drastic reduction of new cases of the disease each year. From an estimated 350,000 cases in 1988 to about 483 cases in 2001.

The Philippines has been polio-free for 2 decades, until the sudden re-emergence of the polio virus. This shows that many people are not aware of how to prevent polio in the Philippines.

Last confirmed case of wild poliovirus occurred in 1993. Vaccination coverage has been on a steady decline over the last few years. To halt the spread of polio in the Philippines, at least 95% of children less than 5 have to be vaccinated.

How to Prevent Polio in the Philippines: Immunization efforts

Target is about 2.5 million children under 5 in the National Capital region (NCR). Enhanced vaccinations with 3 doses of bOPV and inactivated poliovirus vaccine (IPV) has been ongoing across the country.

Authorities discovered the last confirmed case of polio in Nueva Ecija. This brings the final tally of confirmed polio cases to 17 in the Philippines as of 15th February 2020. The Department of Health in association with the Philippine Red Cross consulted the WHO and UNICEF with regard to this tally.

Combined efforts resulted in the launch of a vaccination program against polio that successfully immunised over 155,400 children. It involved 900 volunteers mobilised to cover 300 communities.

Immunization efforts are still ongoing. Sarangani has so far announced a coverage of 85% out of the 70,800 children under 5 years which it aims to vaccinate. Currently, the most heavily burdened areas are Bangsamoro Autonomous Region in Muslim Mindanao (BARMM) and Region 12. Authorities are working with WHO to achieve immunization rate of 95% of children under 5 with provision of free vaccines.

After the last confirmed case in Nueva Ecija, DOH collected environmental samples from Butuanon River in Cebu. Initial testing done by the authorities showed positive results for the presence of the poliovirus. The Research Institute of Tropical Medicine or RITM then confirmed the result. The department of health has been aiding Cabanatuan and Mandaue to improve their surveillance abilities for Acute Flaccid Paralysis.

There is no known cure for polio, but there exists a vaccine that can help prevent polio.

The vaccines have been in use for a long time and the DOH assures that they are not just effective but also safe.

Aside from vaccination, improved hygiene and sanitation can go a long way to protect people. Protection of children from contracting this possibly debilitating illness is particularly important.

Finally, the government needs to educate people on how to prevent polio in the Philippines to facilitate freedom from this disease.

Polio Outbreak in the Philippines https://www.who.int/westernpacific/emergencies/polio-outbreak-in-the-philippines